Last Friday, Shum and I decided to venture out for a nice Friday lunch. Gab joined us too, and we went to Champ’s for the set lunch. I ordered my favourite Chu Yuk Fun, while Shum and Gab had the Ipoh Sar Hor Fun and Chicken Chop respectively. 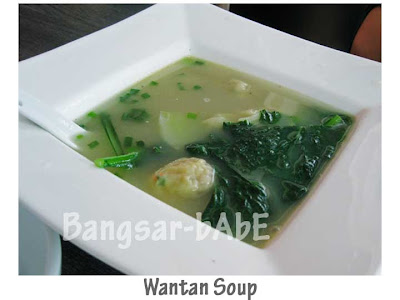 Richard brought out a big bowl of wantan soup for us to warm our tummies. The broth was slightly murky and was full of flavour. The wantons were big and juicy – the minced pork and prawn filling was sweet and crunchy. 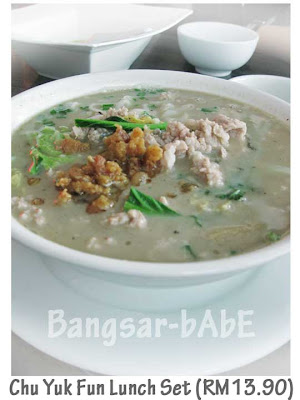 My bowl of pork noodles was big. With broth heavily infused with porky goodness, my noodles came laden with plenty of minced pork, pork slices and the to-die-for lard. I left nothing behind. :D 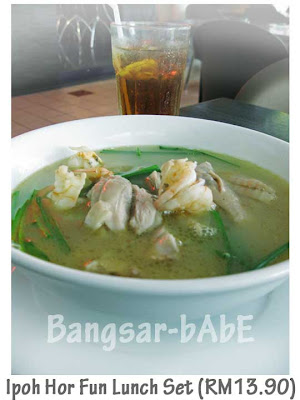 The Ipoh Hor Fun had a broth much thicker than the usual watered down broth. While it was quite tasty, Shum found it a tad too salty towards the end. 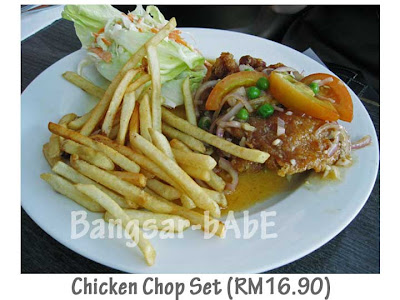 Gab’s chicken chop came with a generous portion of fries and a side of coleslaw. The chicken albeit a little small, had a lovely crunchy outside. I sneaked some from her, and it was not bad. The fries were freshly fried; ahhh…if only they had aioli! 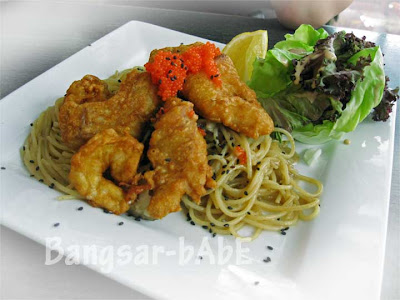 Just as I was about to wave the white flag, a huge plate of pasta arrived at our table (thanks Richard!). The al-dente spaghetti was tossed in an aglio-olio style gravy and sprinkled with sesame seeds. There were deep fried fish slices and prawns too, and the whole ensemble was topped with a generous dollop of ebiko.

The prawns were slightly overfried, but the fish was nice and flaky. While I found the pasta alright, I still think creamy cheesy pastas are the best! 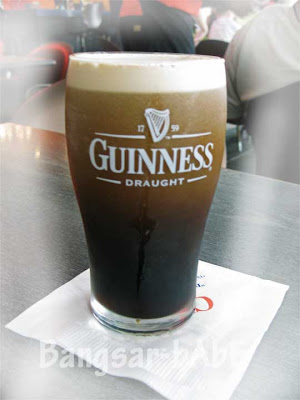 With every RM30 spent on a single receipt, you get a pint of Guiness on the house! This promo ends on the 31st December 2008.