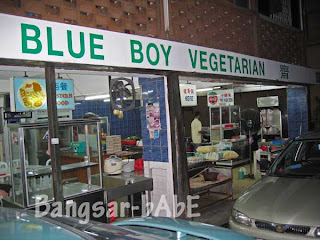 The char kway teow is fried by an Indian man, who speaks much better Cantonese than I do. He was also very thoughtful – he noticed we were sharing so he quickly got us 2 small plates and another chopstick. 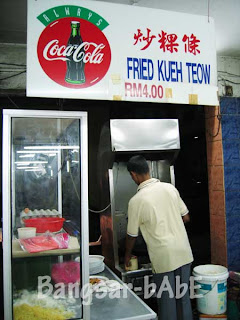 We ordered a large plate to share. When the kway teow came, it smelt good. Instead of cockles, lard and lap cheong, the vegetarian version had oyster mushrooms and mock meat. 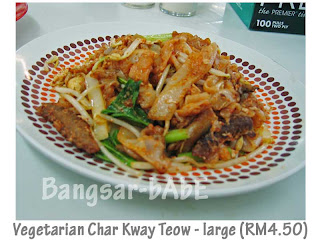 My first bite gave me a surprise. It was actually quite good! rif was waiting for that priceless expression on my face – just to prove his point. The kway teow was very fluffy and wasn’t too oily. The seasoning and chili was evenly distributed, so each strand of kway teow was well-coated. The oyster mushroom was tender and the beansprouts were crunchy. 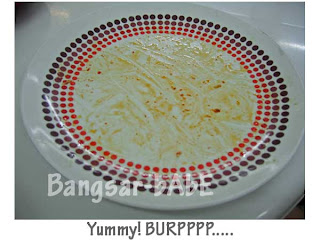