Met up with Malcolm for yum cha last night. He was starving by the time he picked me up at 9.40pm. Initially, the plan was to go to Shanky for tai chow but we ended up at Mee Yoke Lim. Ordered a portion of stingray for 2, a large plate of Char Kuay Teow and Hokkien Mee for one person. 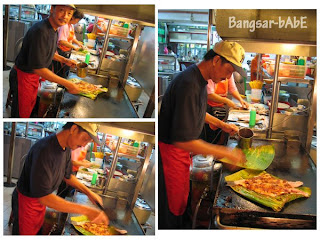 The uncle preparing our stingray 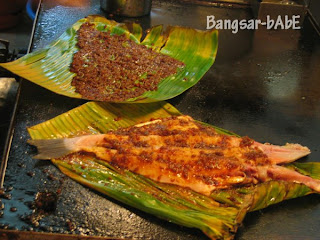 The fish was nicely grilled till crispy brown on the outside and topped with okra, long beans, winged beans and onions (I omitted the petai). Pry the fish open and you will find its tender and sweet flesh. 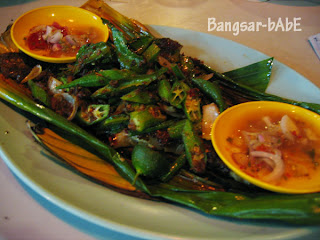 The sambal paste gave plenty of flavour and spiciness to the fish while the accompanying lime sauce gave it a pleasant tang. The grilled vegetables were quite a delight to eat especially when paired with the sambal. 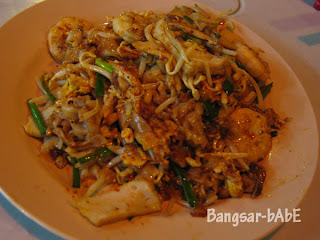 We both thought the char kuay teow lacked wok hei flavour. Malcolm was comparing it to the one he had in Penang (how can??) while I compared it to my all time favourite, Robert. The cockles were not fresh; in fact, they were rather shriveled and tasted rubbery. There was no lap cheong, which was quite a shame as I absolutely love lap cheong in my Char Kuay Teow. However, I did count four plump and juicy prawns which were fully shelled. (I find it annoying having to remove the tail bit) 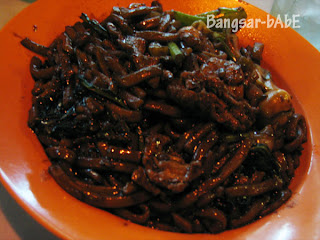 Hokkien Mee was above average although I reckon the standard had slightly dropped AND they raised the prices by a dollar. Although the wok hei was present, there was nothing particularly outstanding about this plate of noodles. I guess the ikan bakar overshadowed this dish. Well, at least they were generous with the lard. 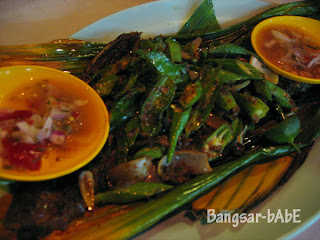 Another pic of the stingray :)

Malcolm found the ikan bakar quite spicy. I think it’s because he bit into some chili padi and also because he can’t take spicy food. :P We’ll have to wait and see if he gets gastric or heartburn after this…kekeke.