After our lunch at Haeun Khon, I suddenly had this craving for durian puffs. Went to Sri Karak nearby as rif has been telling me about their durian bomb. 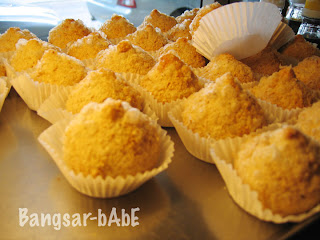 Jeen wasn’t keen on durians so she got the pandan tarts and Portuguese egg tarts. The durian bomb was quite delish…fresh durian puree with custard in flaky pastry balls. It’s not a very big piece…2-3 bites and it’s gone. (which explains why I had 2 balls to myself :P) 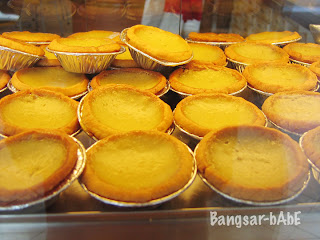 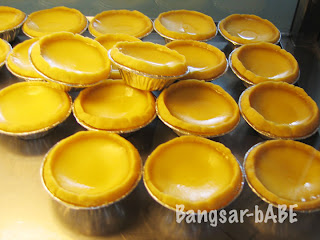 I though the durian tarts were mediocre. It was not as I had expected. The durian filling was a bit hard and I found the pastry case soggy. 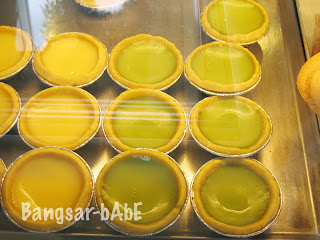 The pandan tart was different. A nice change should you get sick of the usual egg tarts. It’s less eggy and has an enticing pandan aroma. You wouldn’t feel so ‘jelak’ after wolfing down 2 or 3 of these.

There were quite a number of people having their lunch there. I was too full to try any but the dishes looked delicious. Must make it a point to try their food the next time around.

Price: 7/10
Taste: 6.5/10
Verdict: Go for the durian bomb and the egg tarts.
FacebookTwitterPinterestWhatsapp