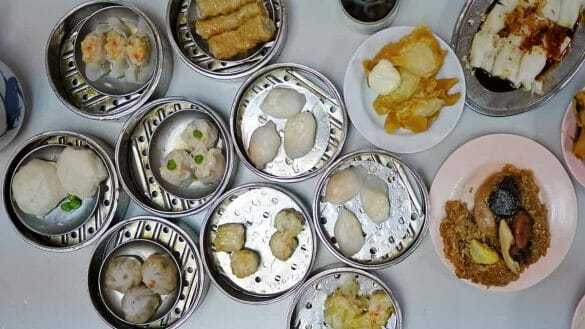 It isn’t easy to score a table at Ming Court Dim Sum in Ipoh; so much so I’ve given up in the past and settled for a less transcendent version across the road. By luck last weekend, we found ourselves sharing a table with another family. 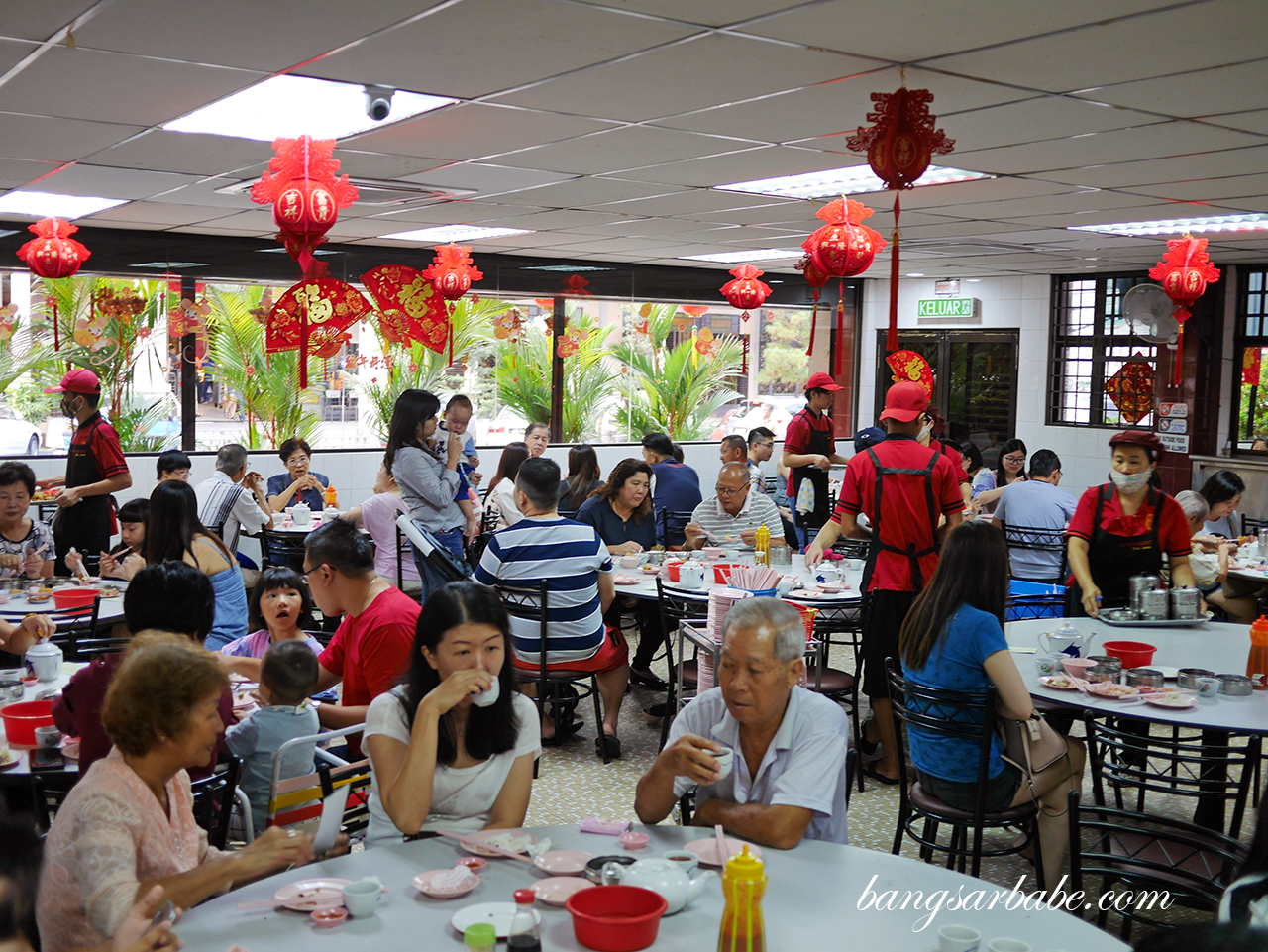 Breakfast crowd at 8.30am

By 8.30am, there were no seats left and you’re given a queue number and asked to wait in line. So I observed. It was only my second time eating at Ming Court Dim Sum – my first being almost a decade ago when a friend who’s an Ipoh local recommended it to me. Ever since, there was a perpetual queue so Jien and I had to eat elsewhere.

Once seated, you’ll spot a team of staff walking around with trays of freshly steamed and fried dim sum. And these tiny morsels disappear within minutes, snapped up by hungry diners like us. But it’s quickly refilled to cater to demand. 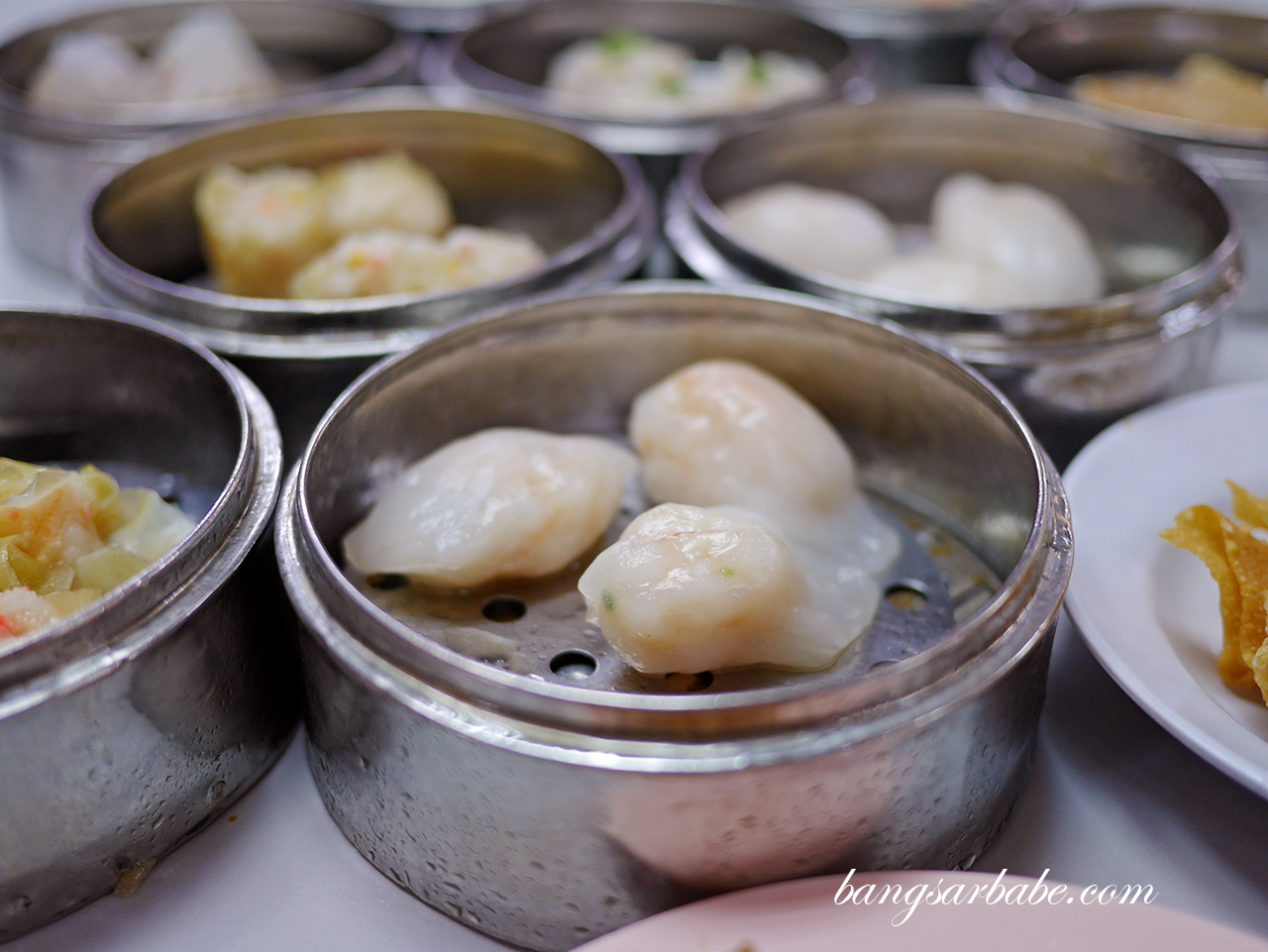 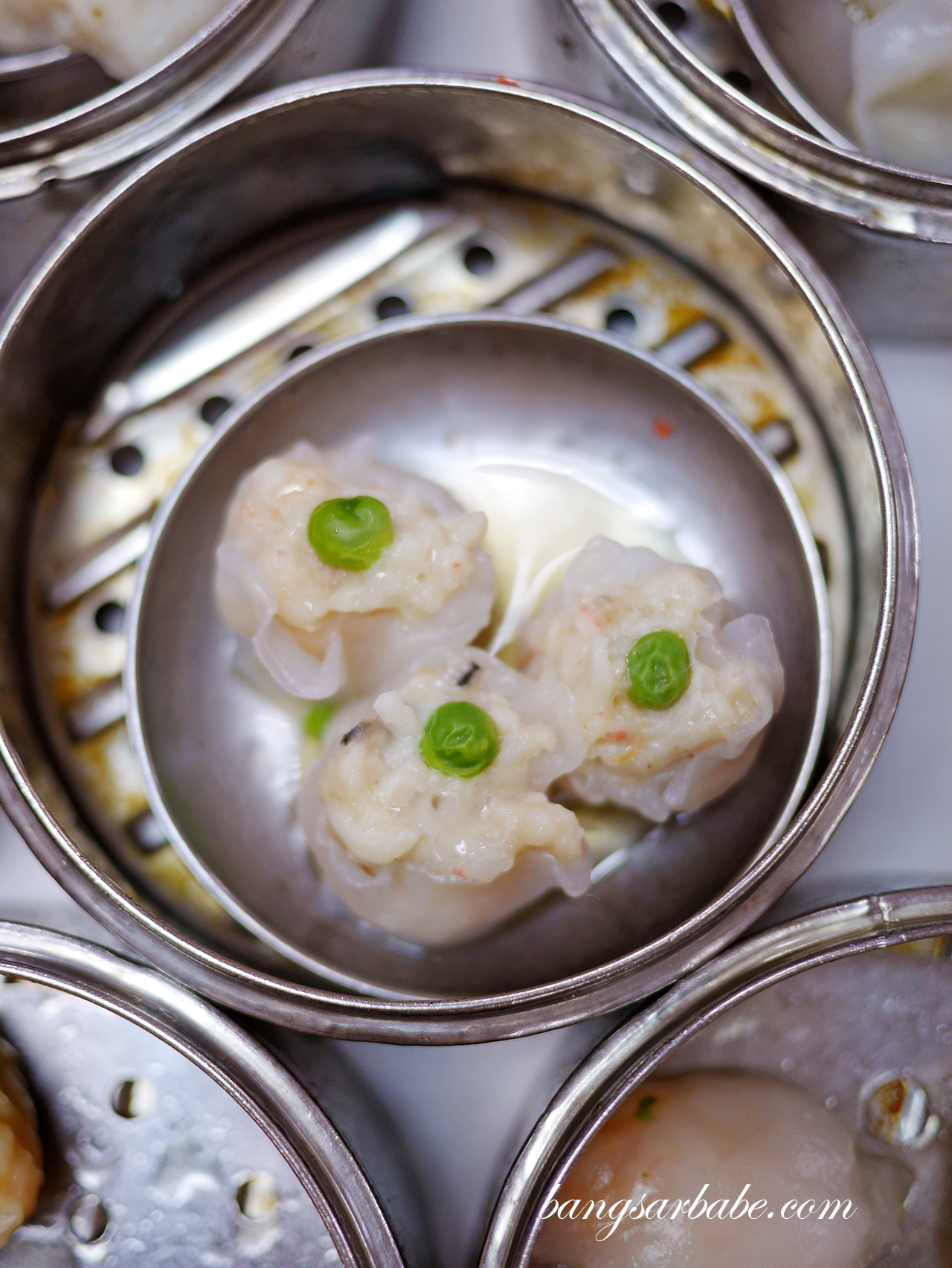 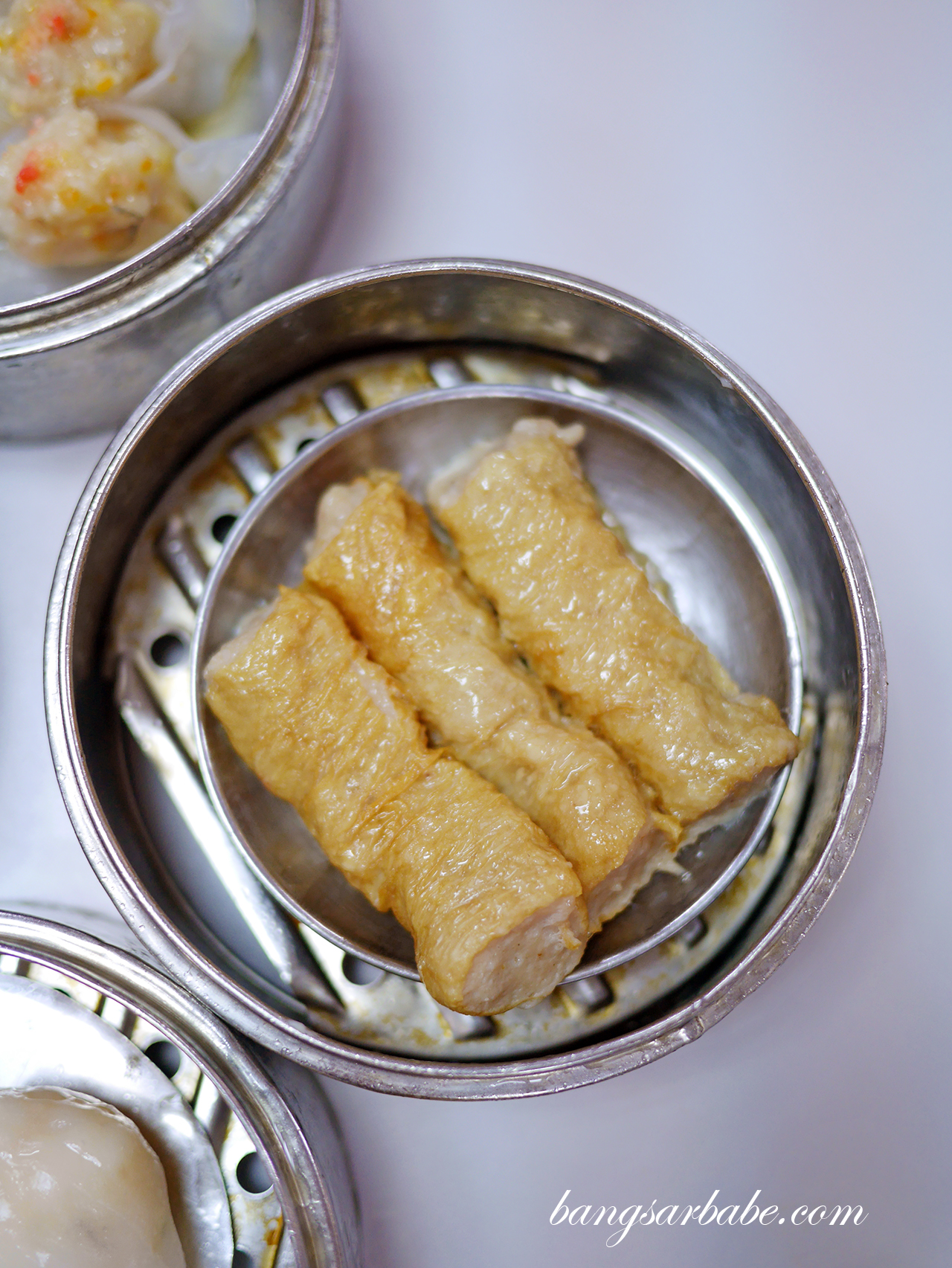 Dim sum is rather small here – bite-sized, literally. It’s been a while since I spotted dim sum this tiny as most dim sum places do their dumplings larger. Smaller dim sum also meant we got to try more, and try we did. 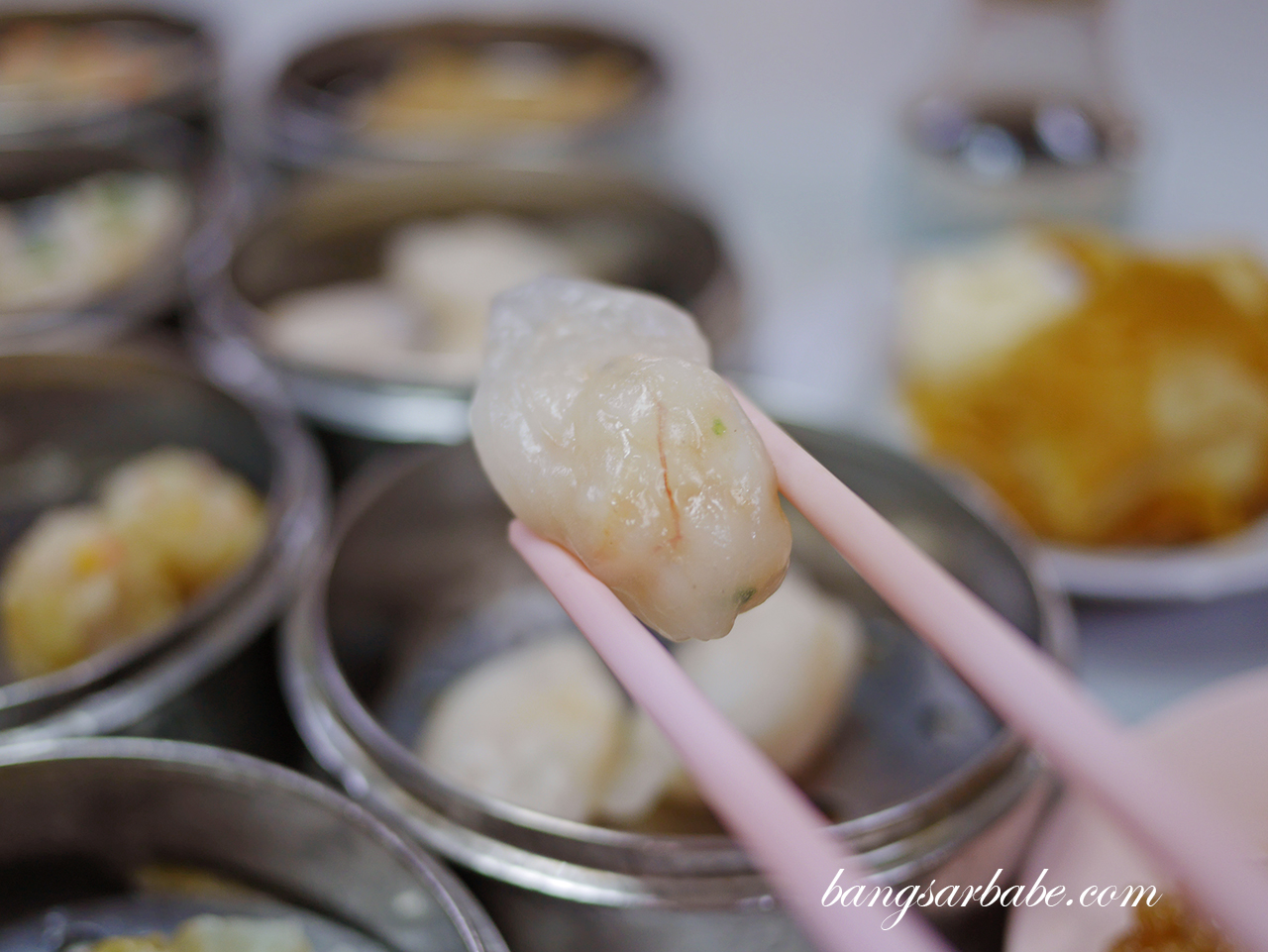 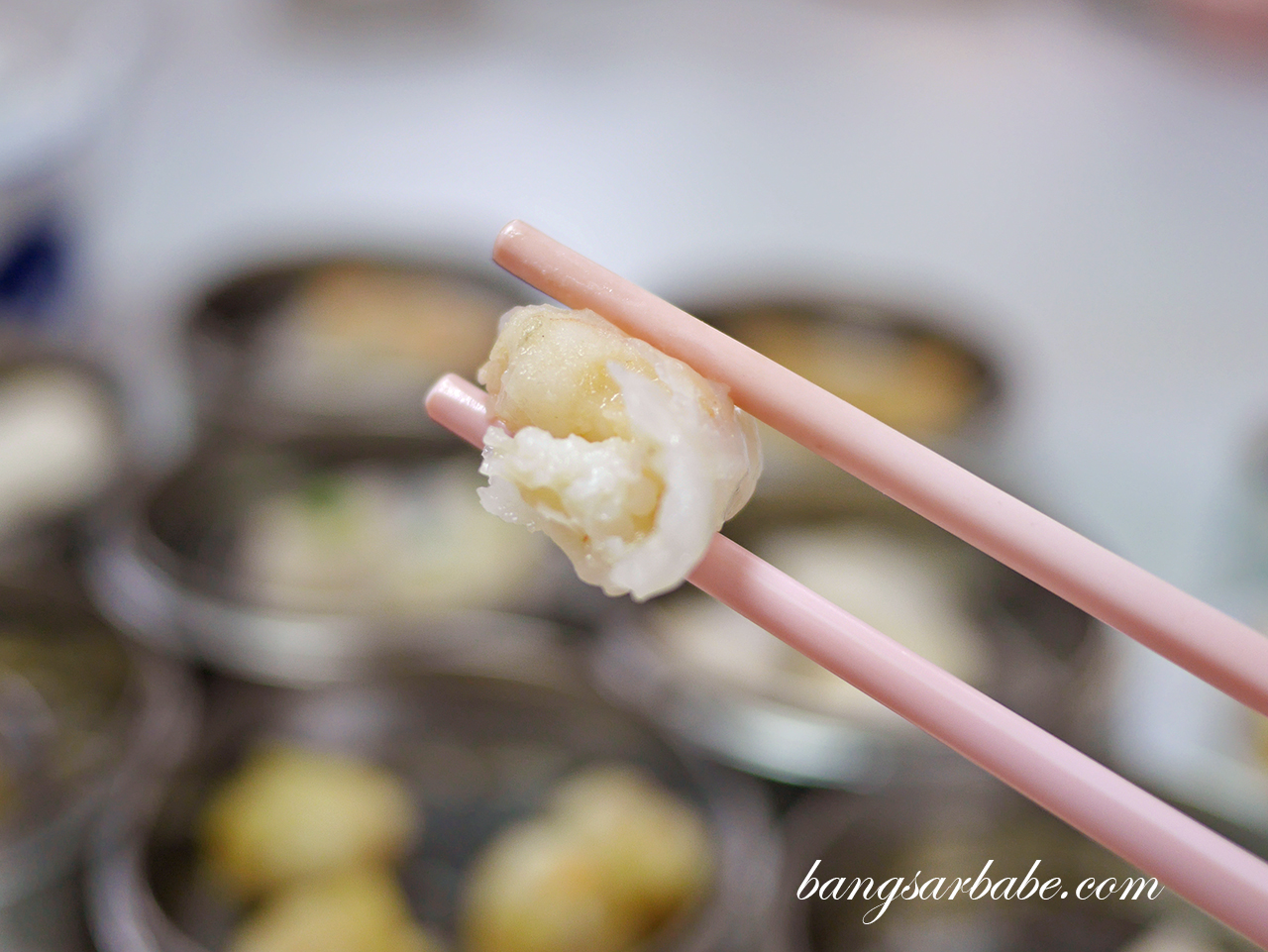 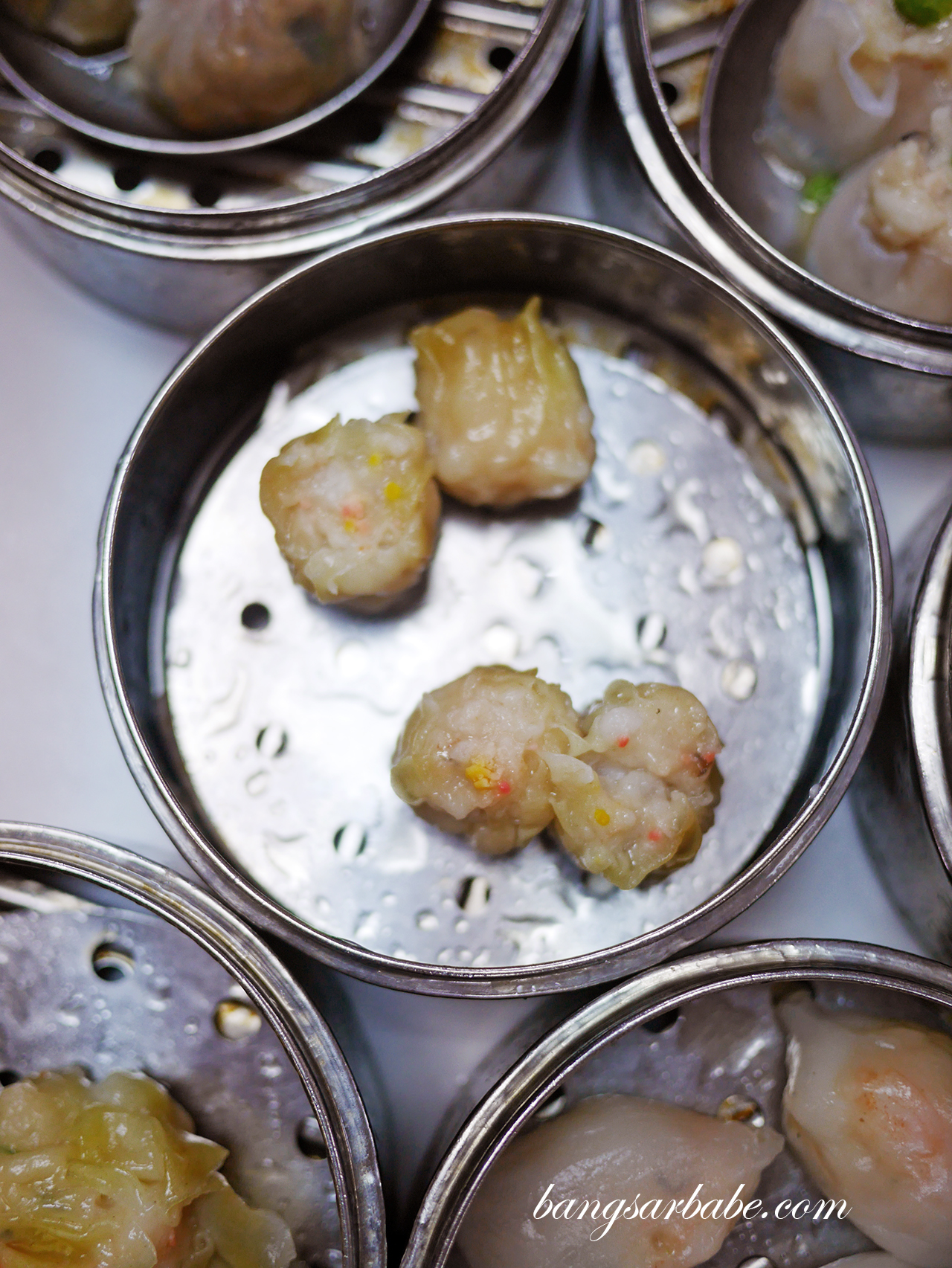 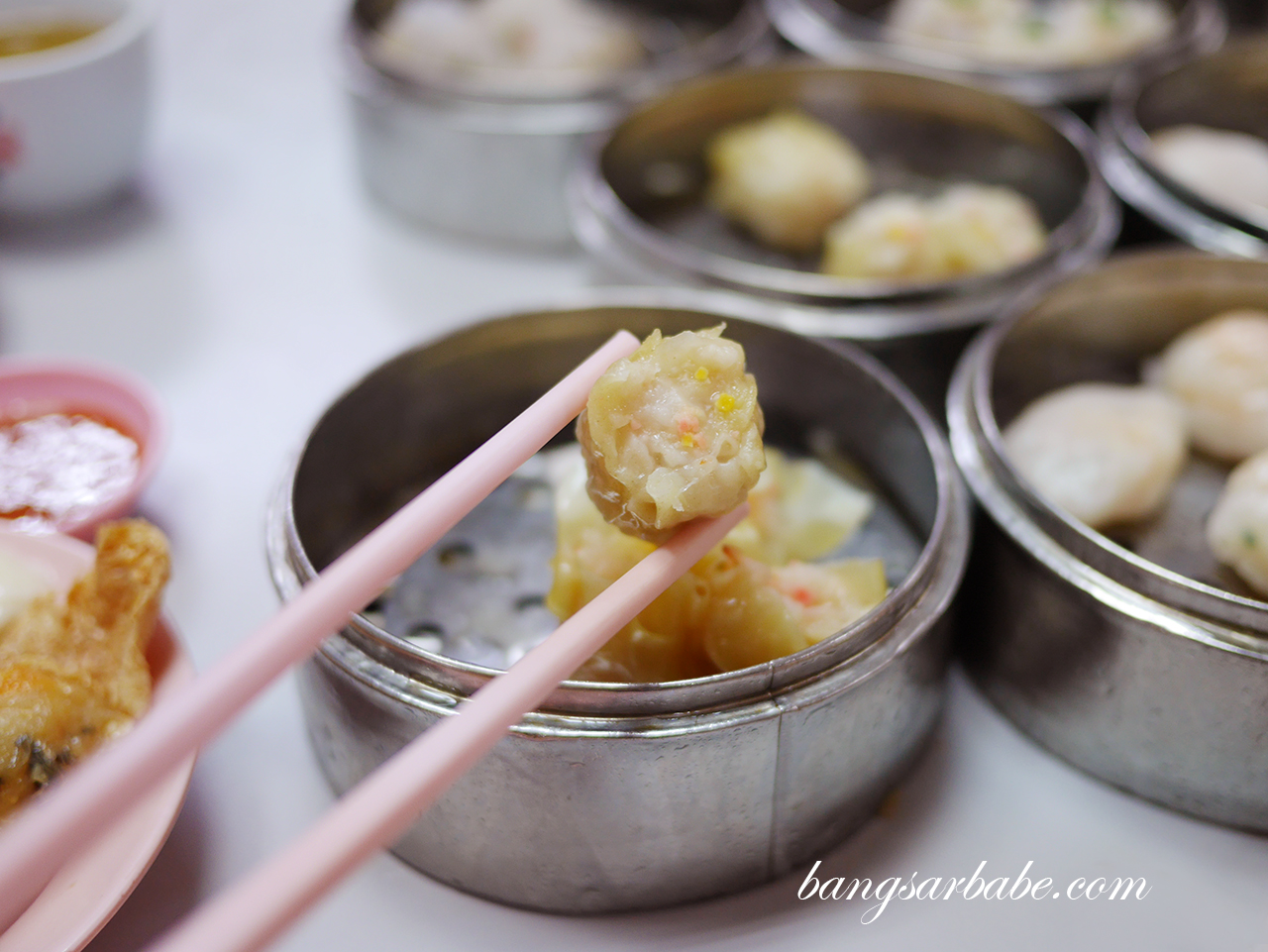 Our group of 4 ordered close to 30 portions of dim sum in different variants to share. The har gau boasted translucent skin, with juicy sweet prawns encased. I liked how the siew mai is made – rustic, ruched edges with tasty minced pork filling. 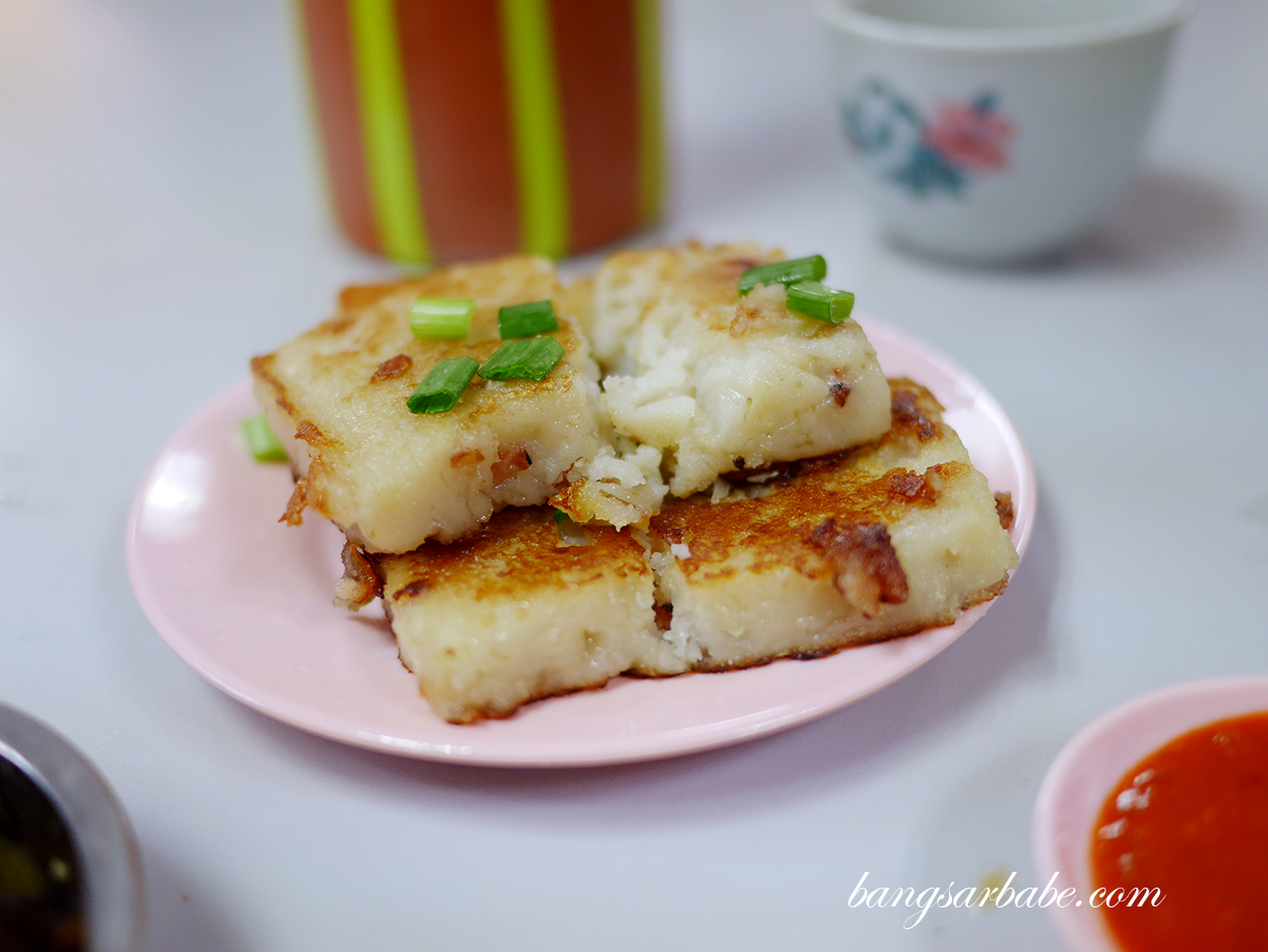 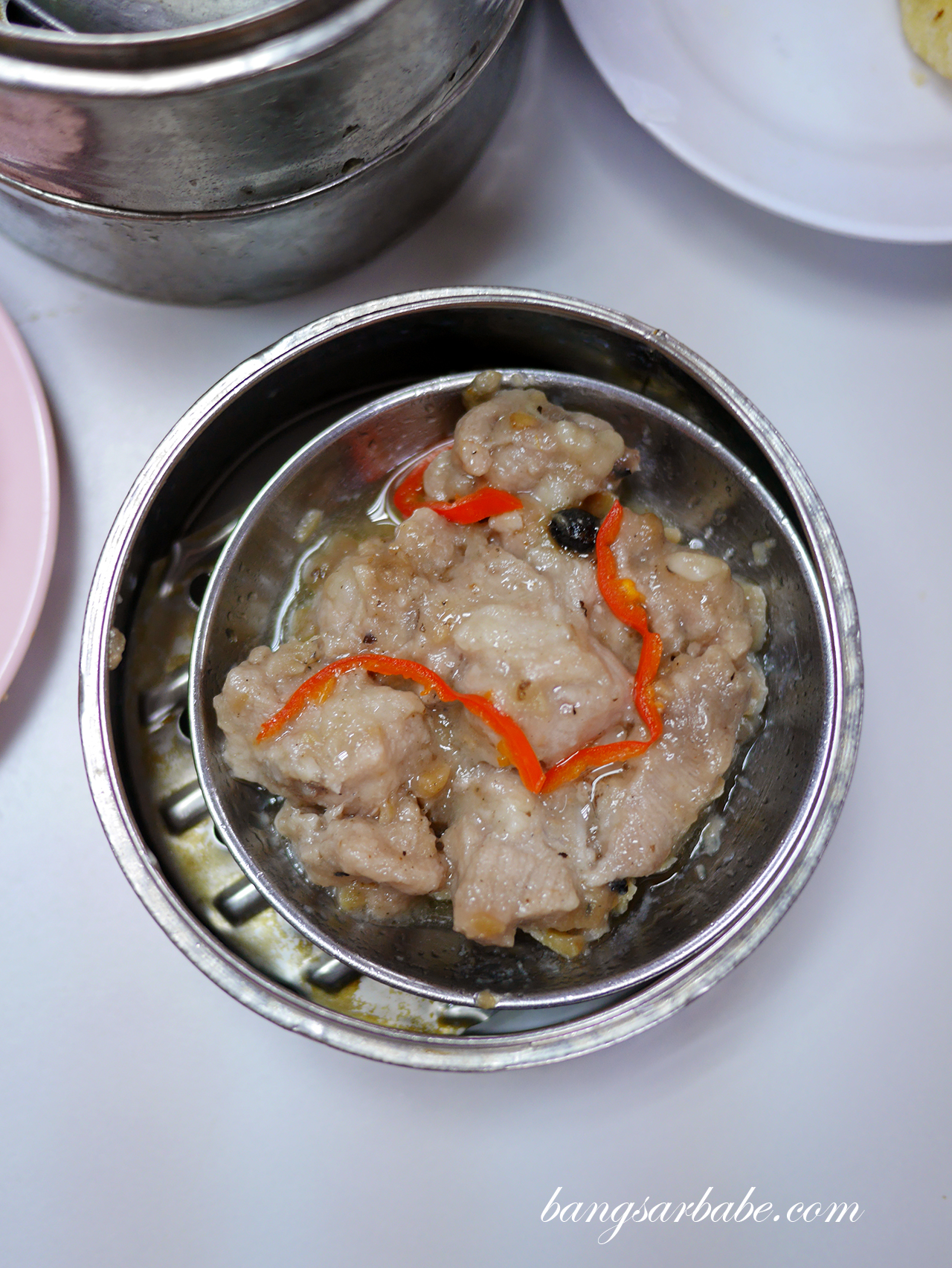 Ming Court’s turnip cake could use a bit more time on the griddle as the sides weren’t as crisp as they could potentially be. It was also slightly cold so that took a bit of joy away. Fish balls were bouncy and flavourful, and those bony nubs of spareribs were deliciously seasoned and tender to the bite. I’m generally not a fan of spareribs in dim sum but this is worth checking out. 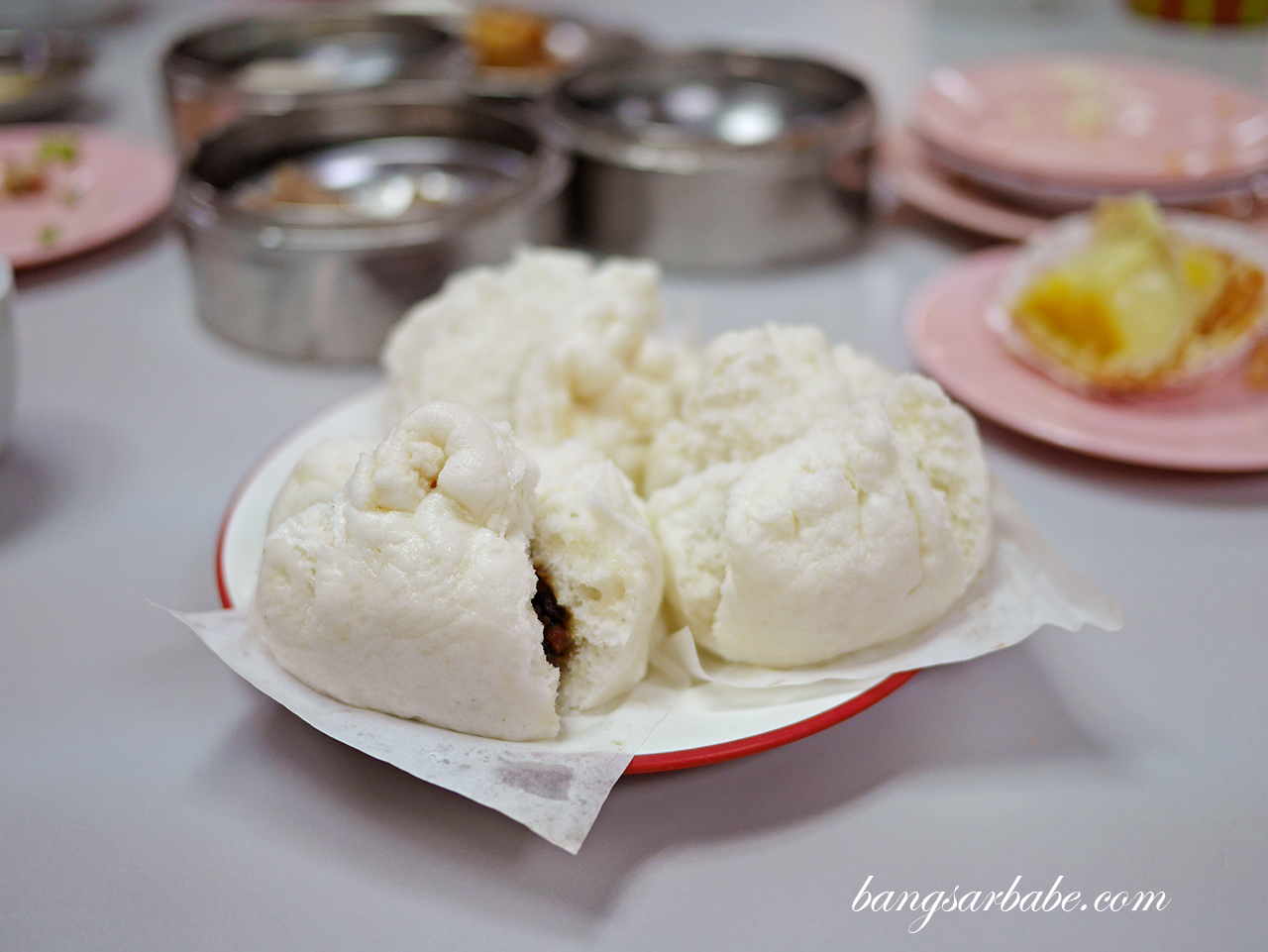 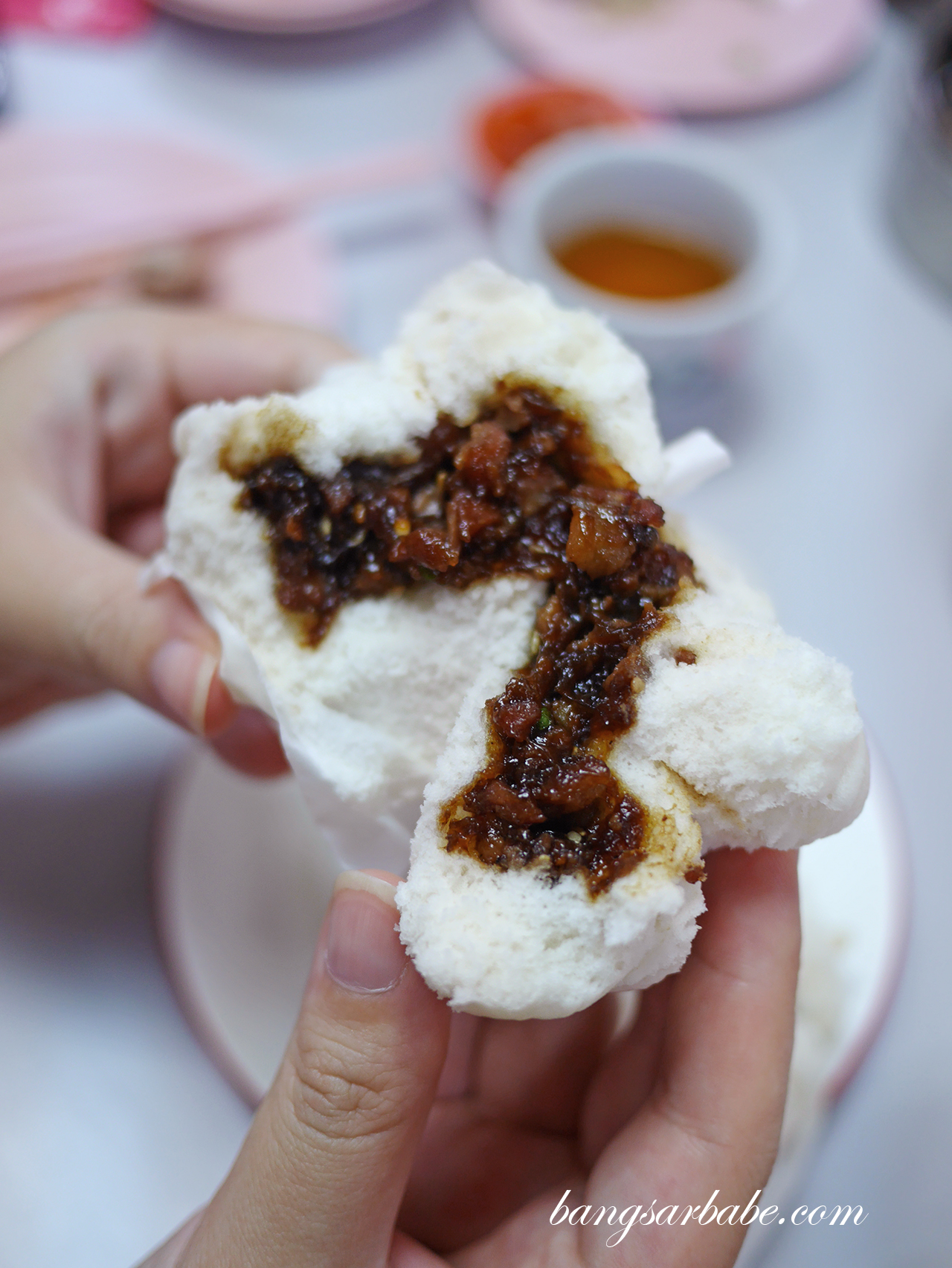 The char siew bao is as classic as it can get – fluffy white bun generously filled with a dark and savoury minced pork mix. I like how there’s a nice balance of sweet and salty flavours, as most places tend do it too sweet or too dry. 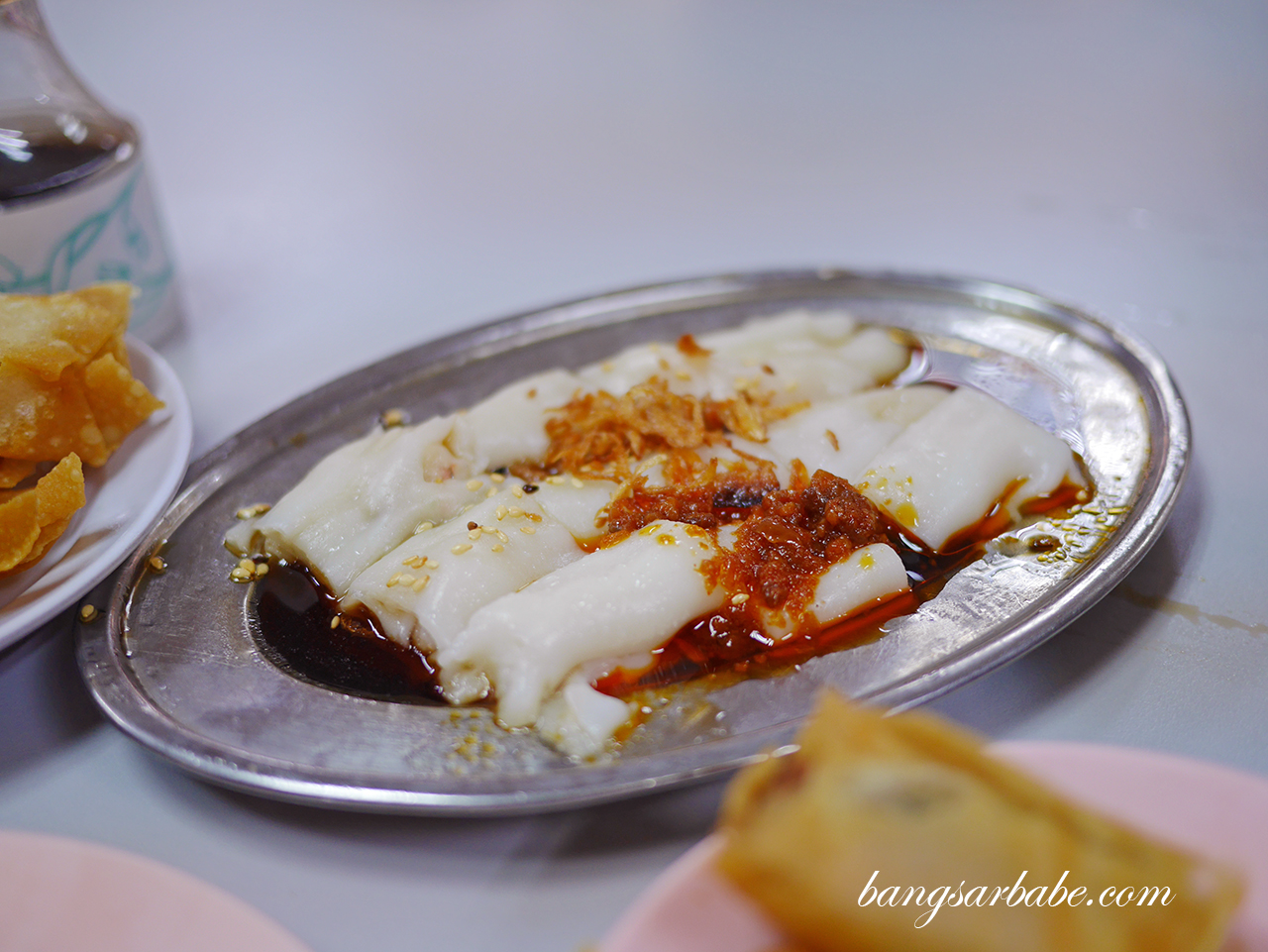 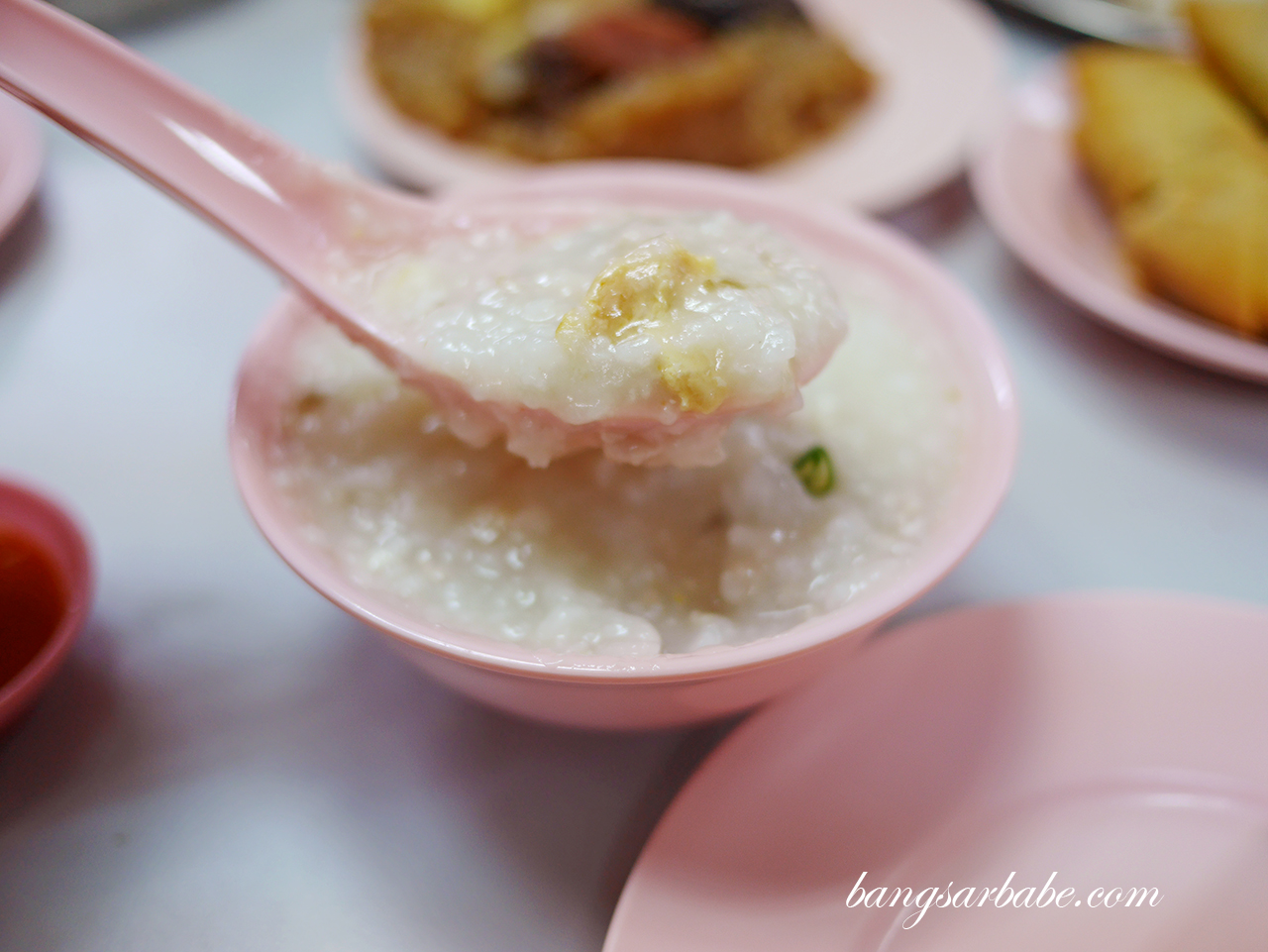 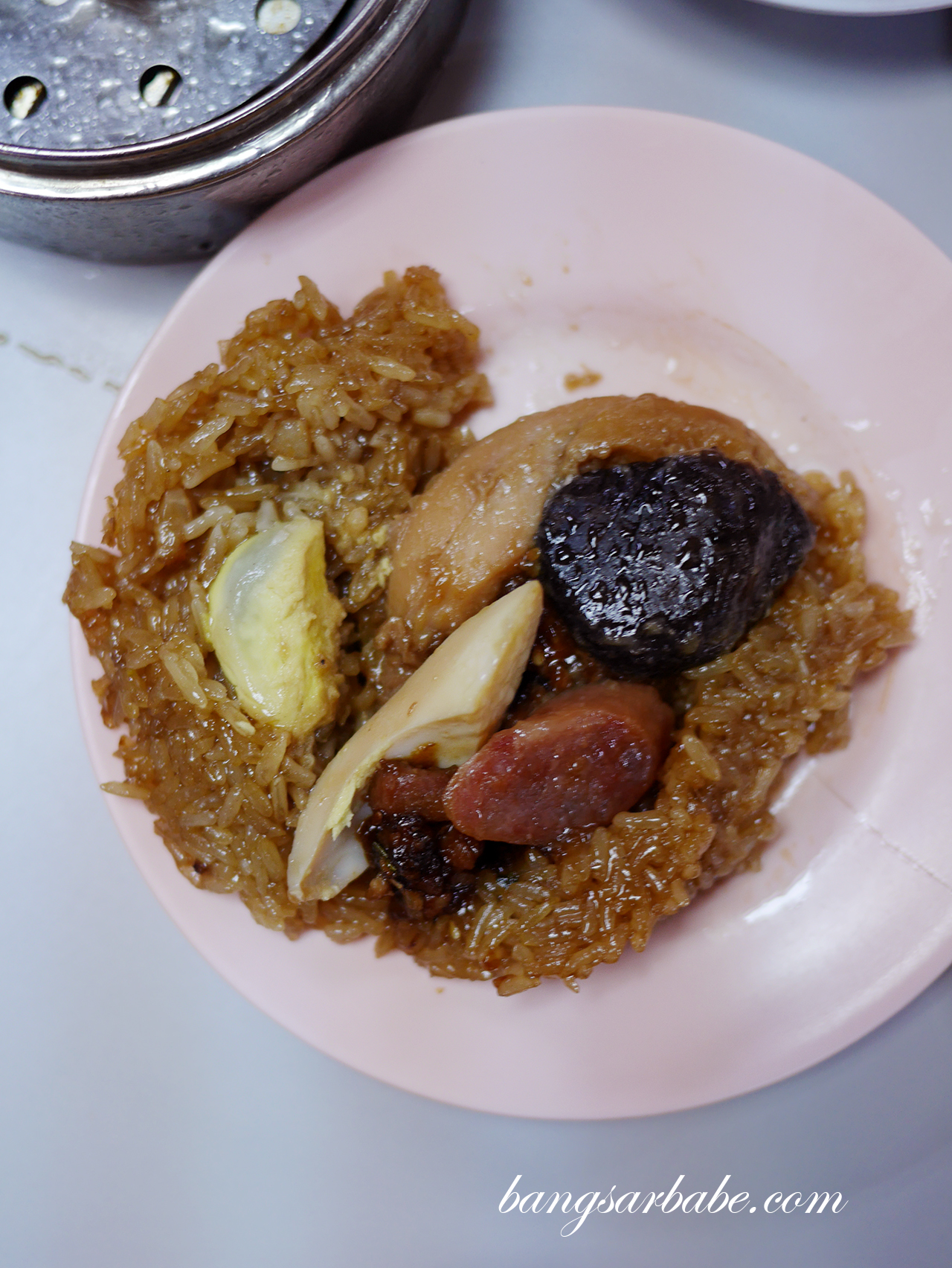 Chee cheong fun with prawns were no-frills but tasty enough, though I wished they were served piping hot instead of warm. The century egg and pork porridge is small enough to spare you extra stomach space yet tasty enough to satisfy those cravings. The loh mai kai is good stuff; perfectly cooked glutinous rice redolent of rice wine flavour, studded with tender pieces of chicken on top. Possibly the best of its kind I’ve tasted in a dim sum restaurant. 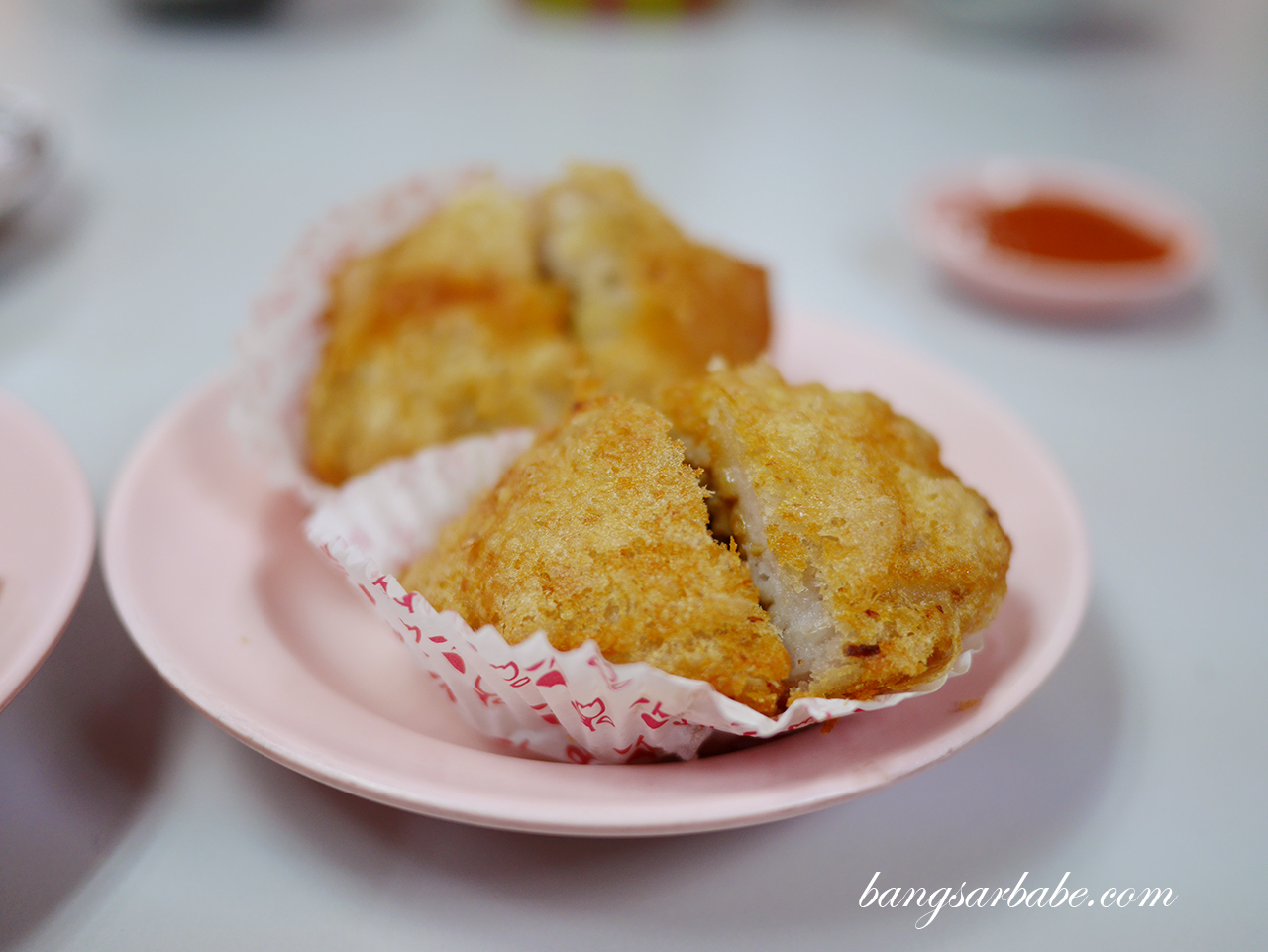 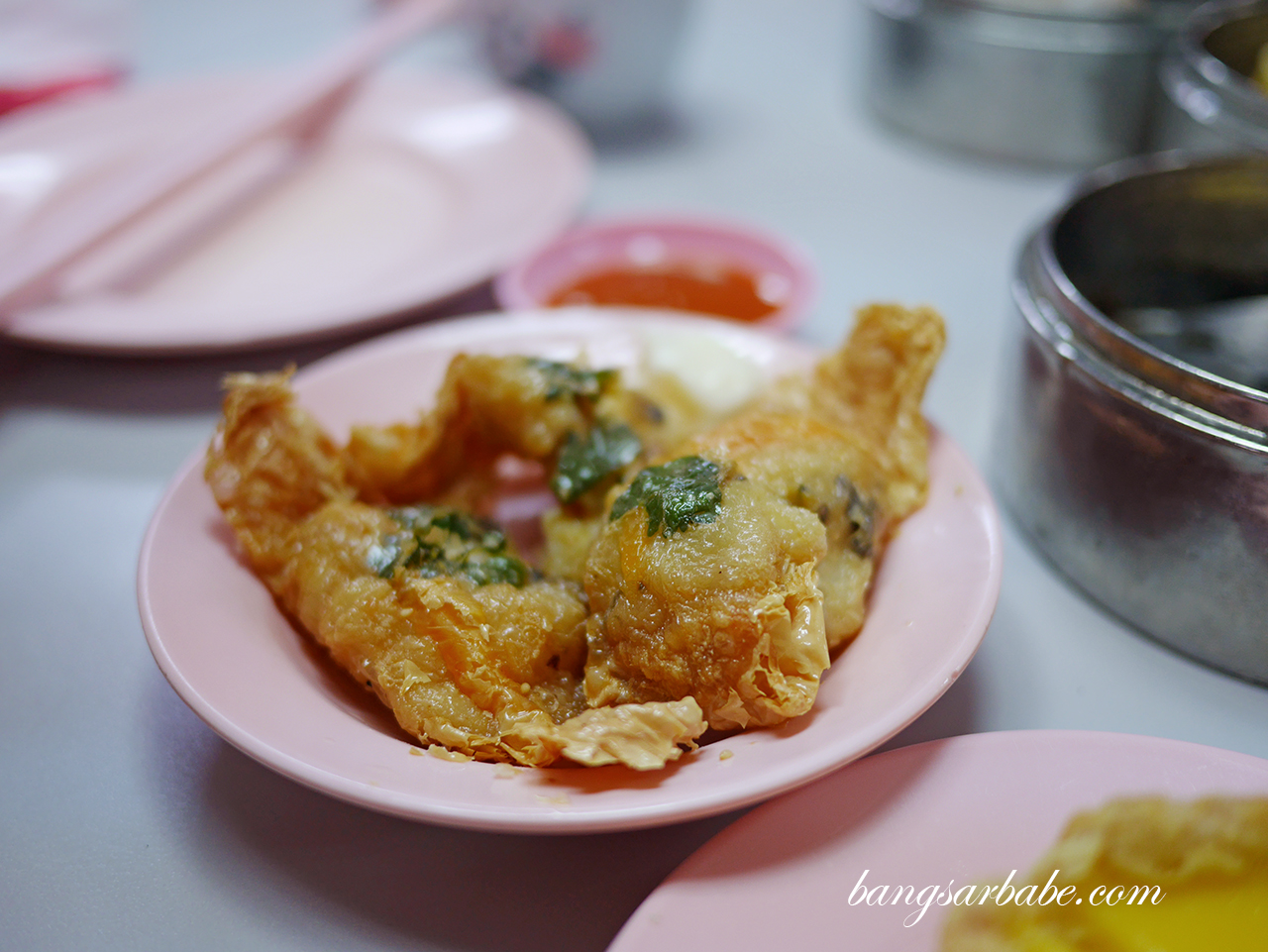 I really enjoyed the yam puffs at Ming Court – crisp on the outside with a light and almost fluffy centre. The minced pork filling is adequate and tasty with the yam. Other notable items we ate were fried fish balls, deep fried prawn dumplings, spring rolls and chives dumplings in bite-sized portions. 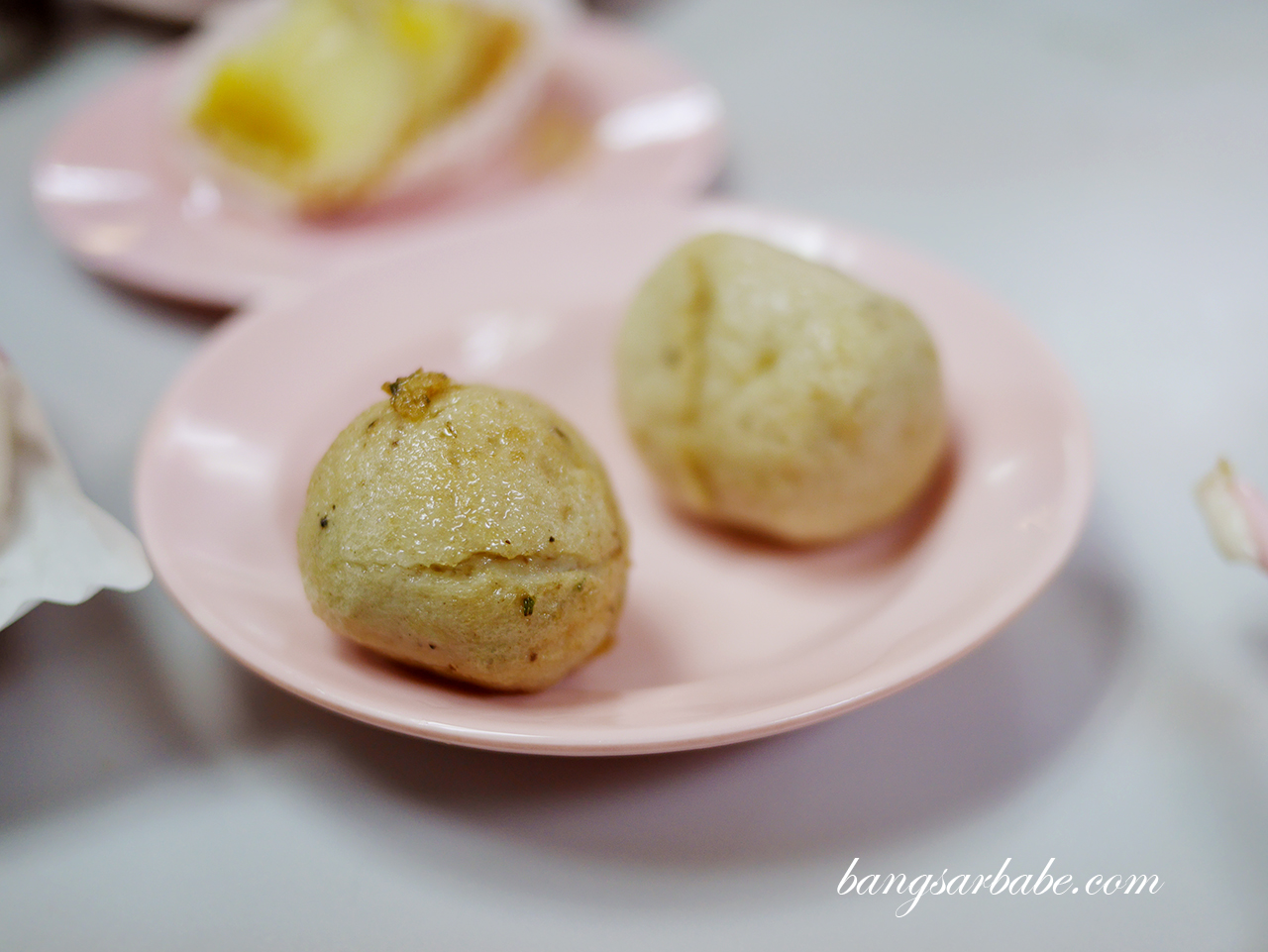 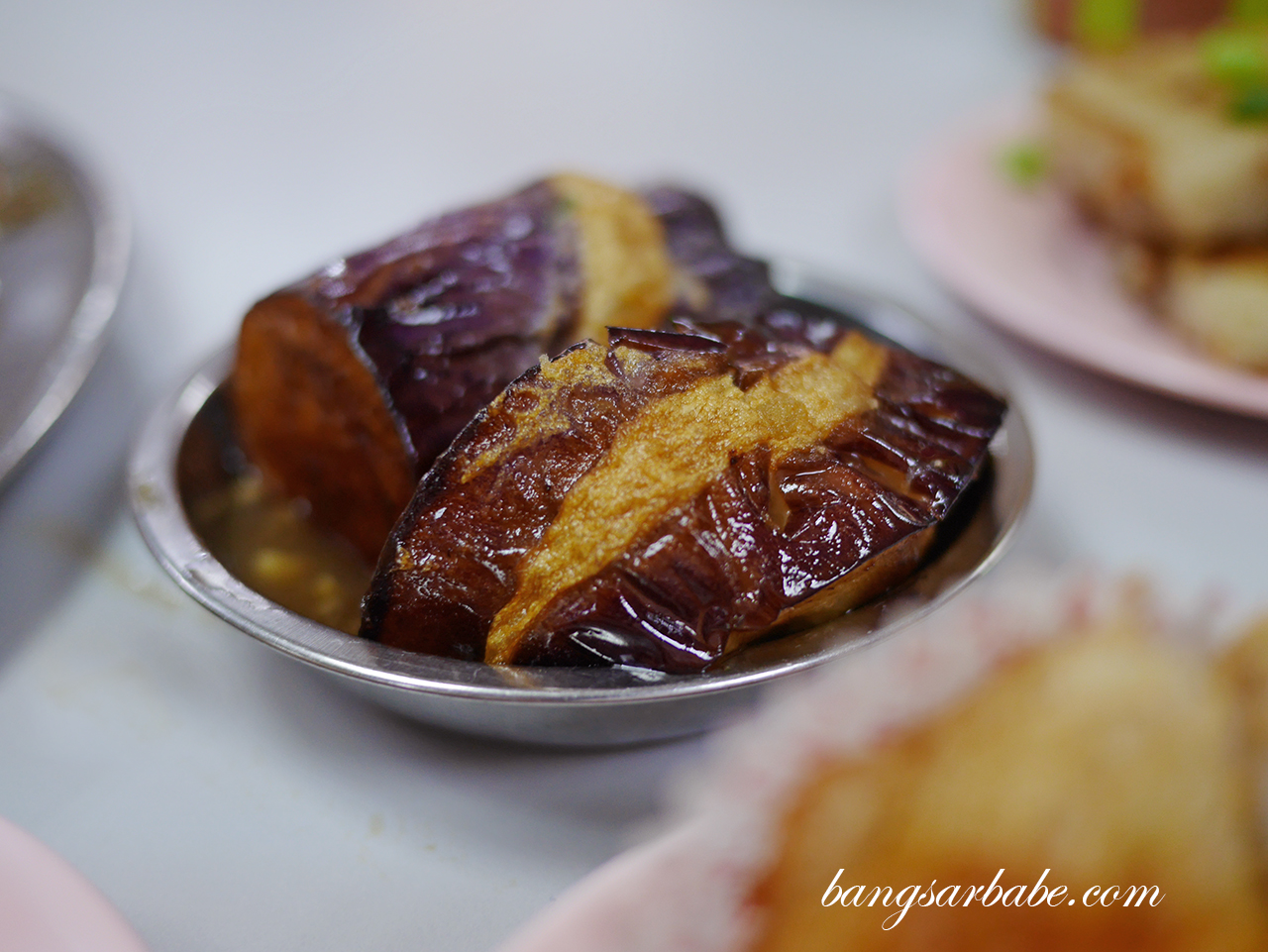 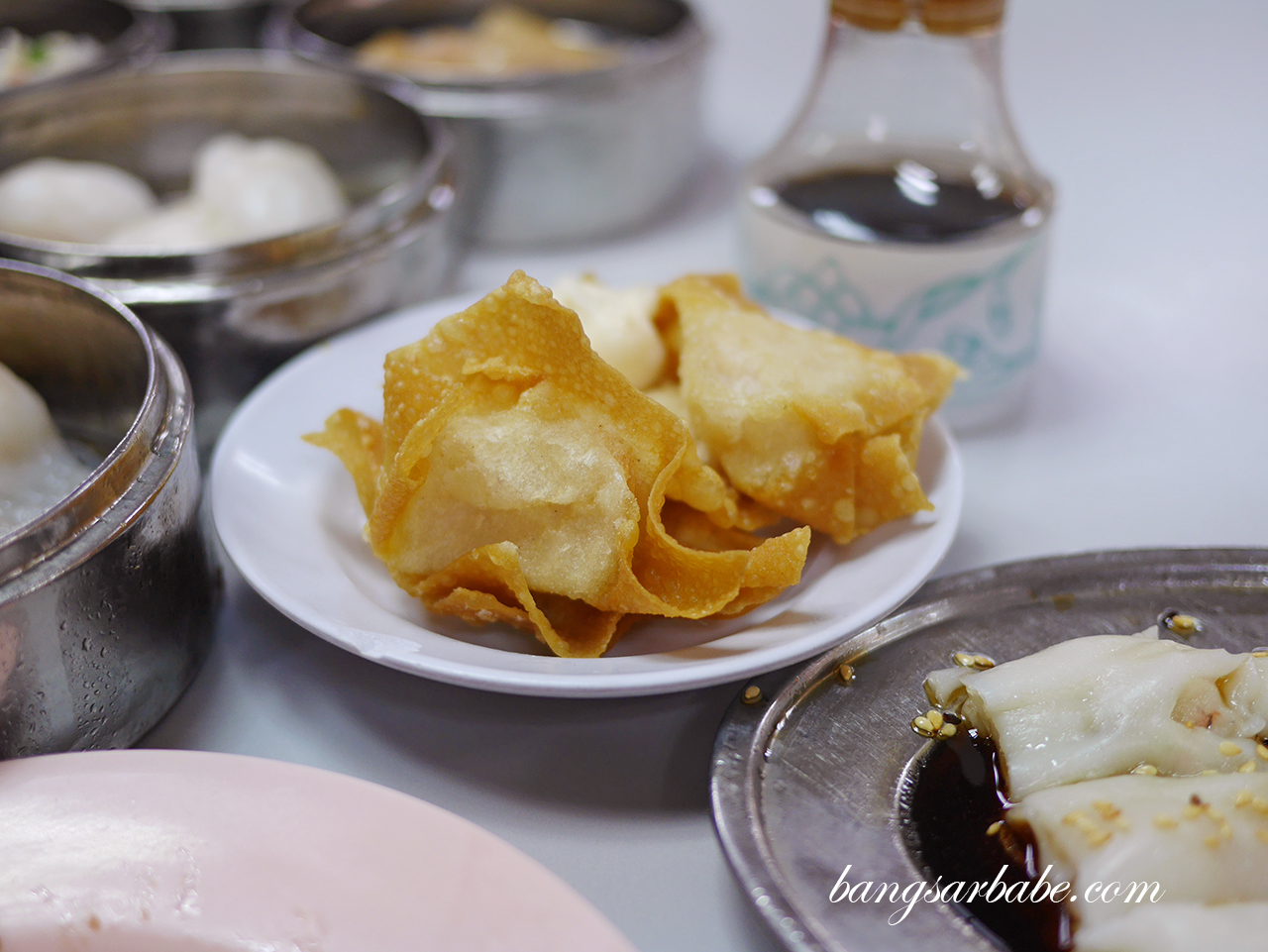 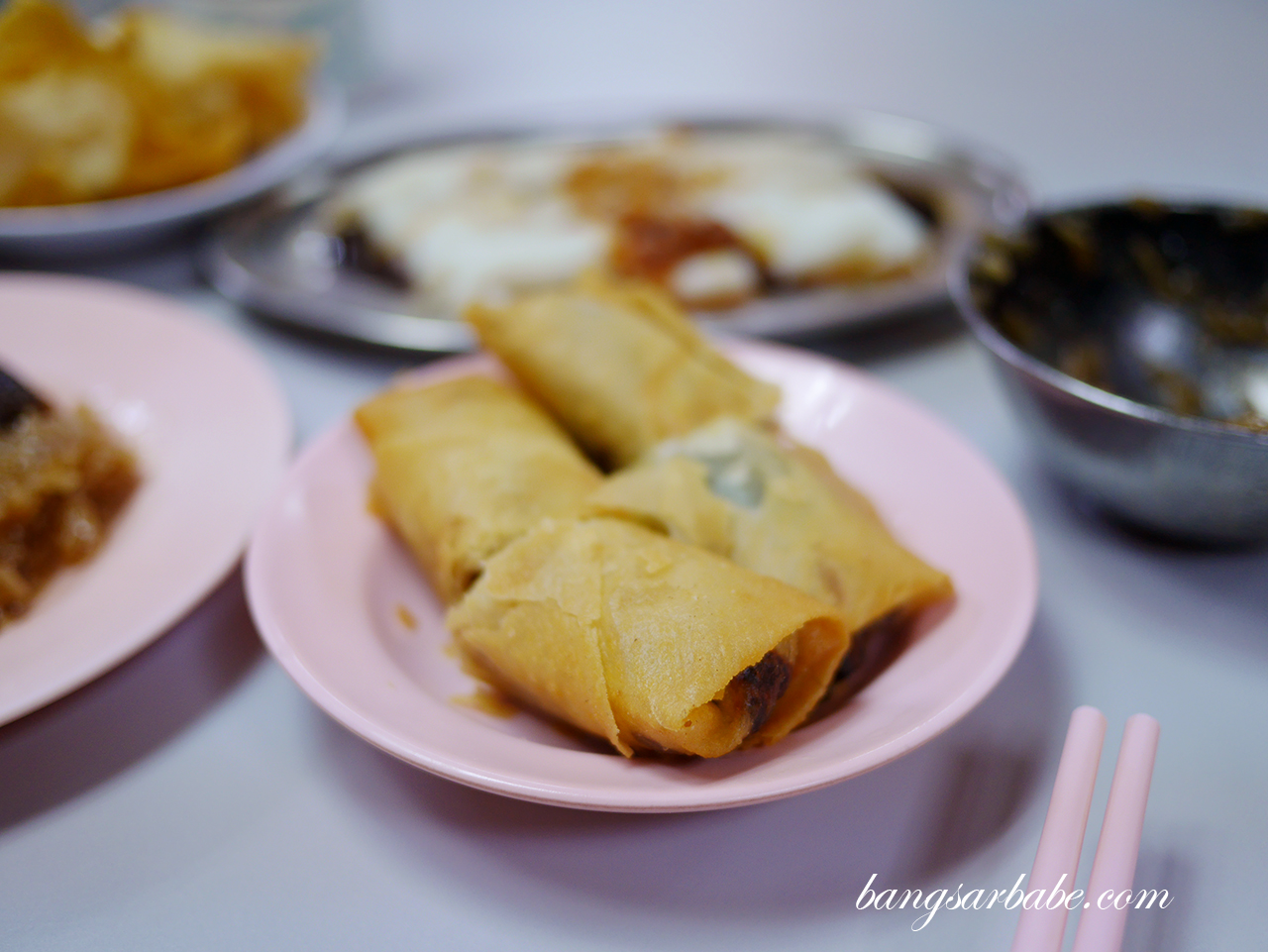 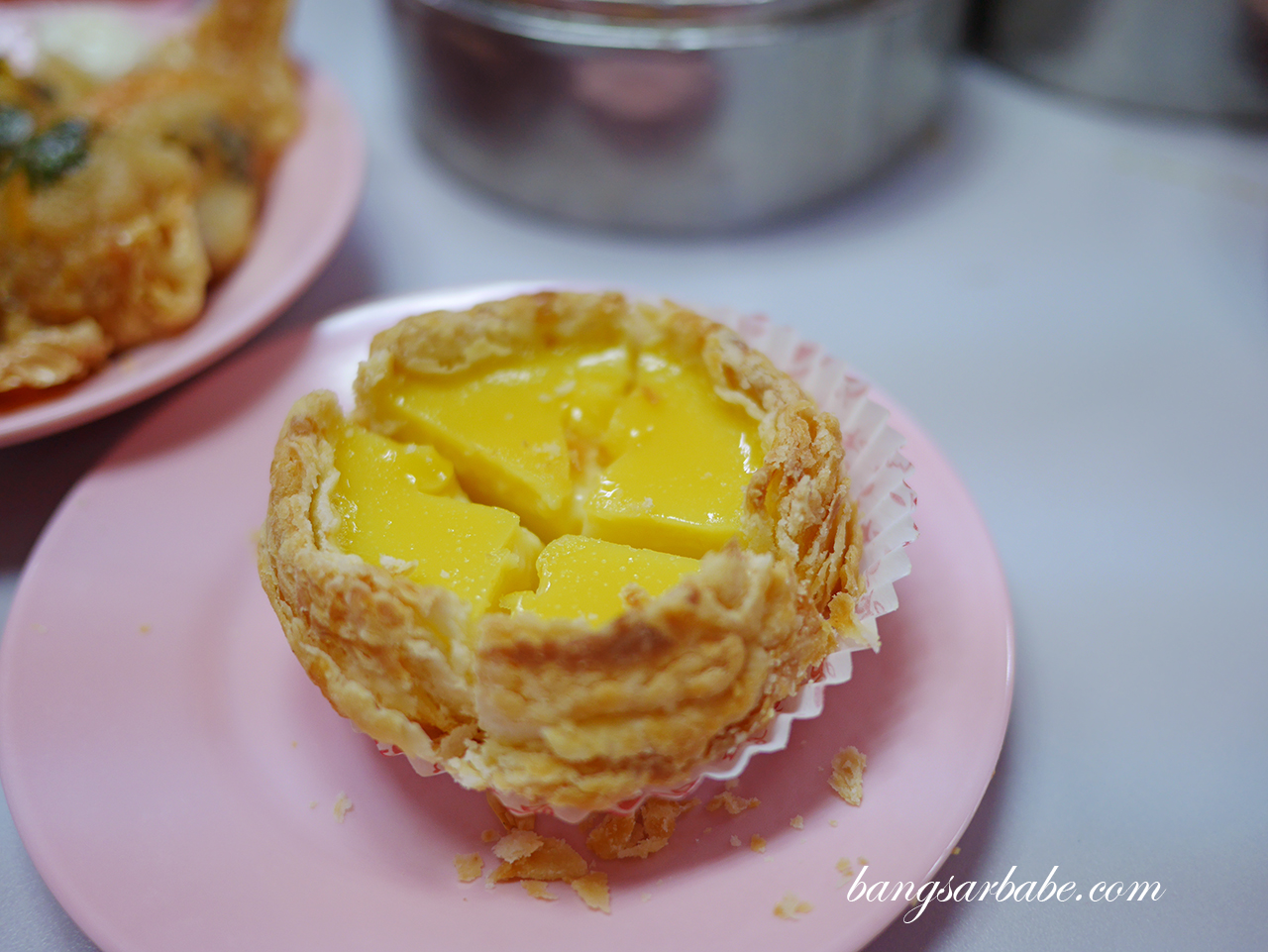 Like most places, Ming Court Dim Sum also has its Achilles heels. The egg tarts. I found them below average for Ipoh’s standards; there was hardly any aroma or buttery texture in the puff pastry, and the egg custard wasn’t as rich or voluptuous as I wanted it to be. I would skip this and head over to the dim sum shop across the road just for their egg tart. 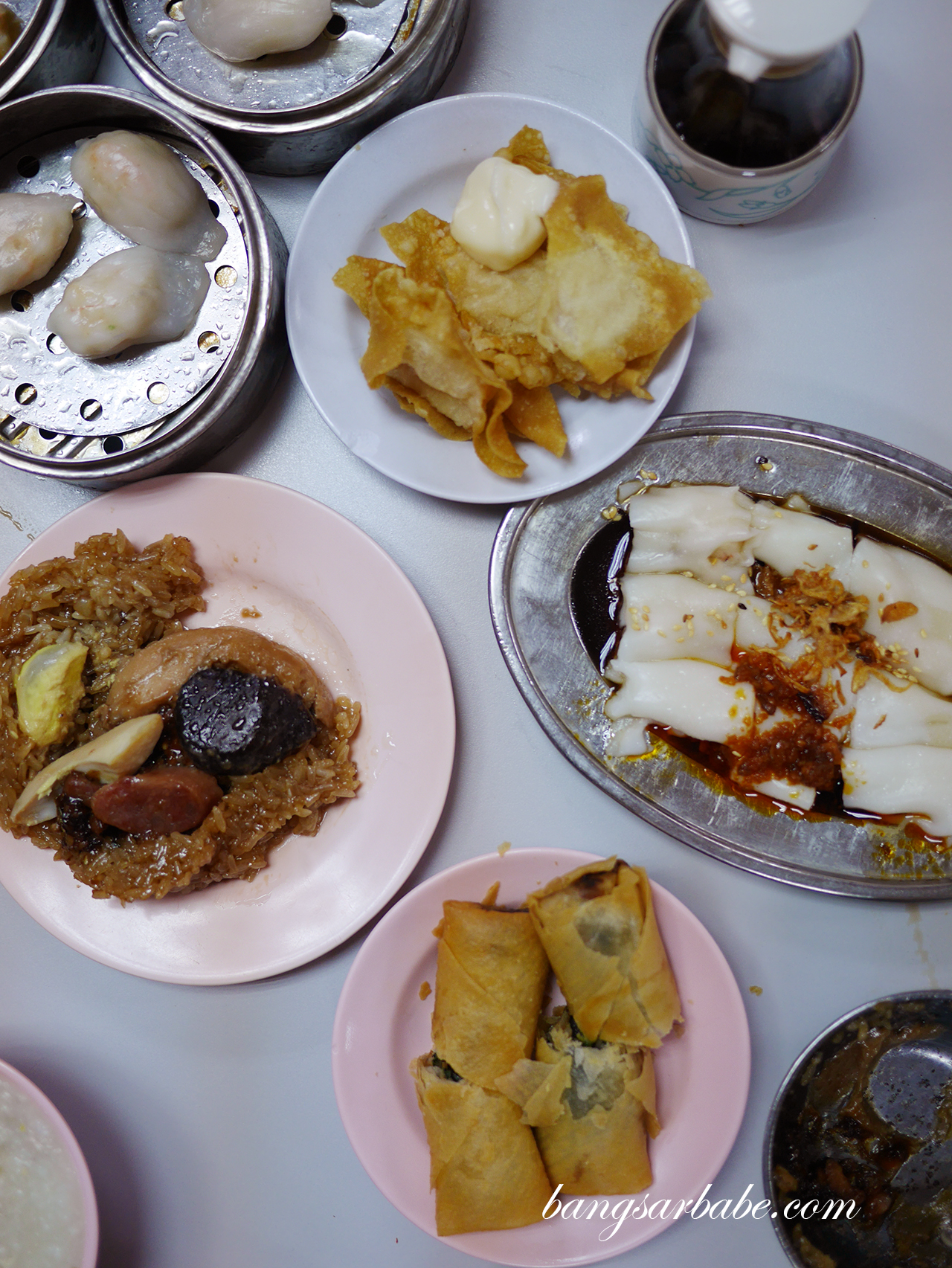 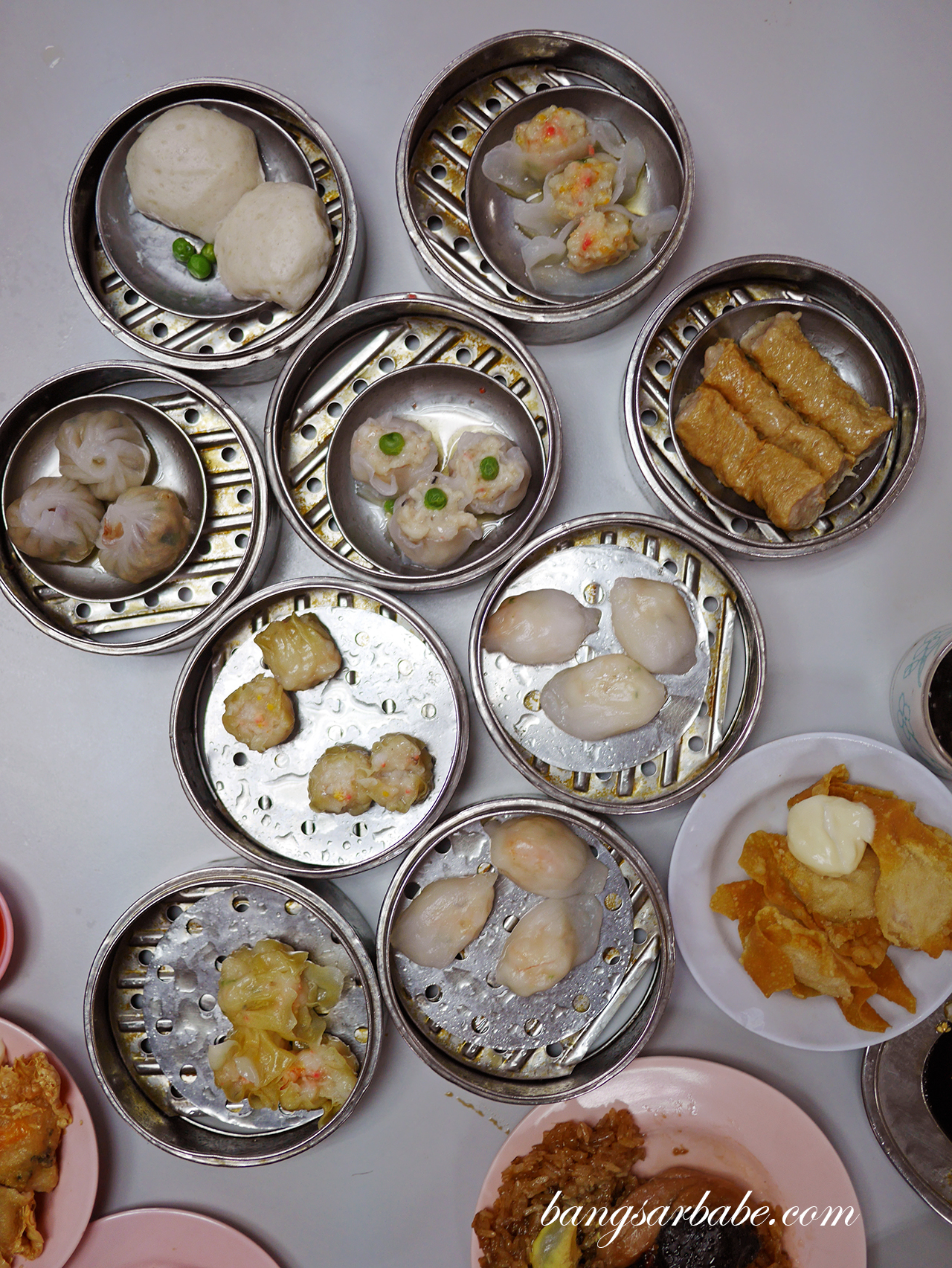 Overall, Ming Court Dim Sum remains my favourite dim sum spot in Ipoh and one that requires effort and patience to dine at. If you’re an early riser, give this a try. Arrive after 9am and you’ll need to wait between 30-45 minutes for a table. 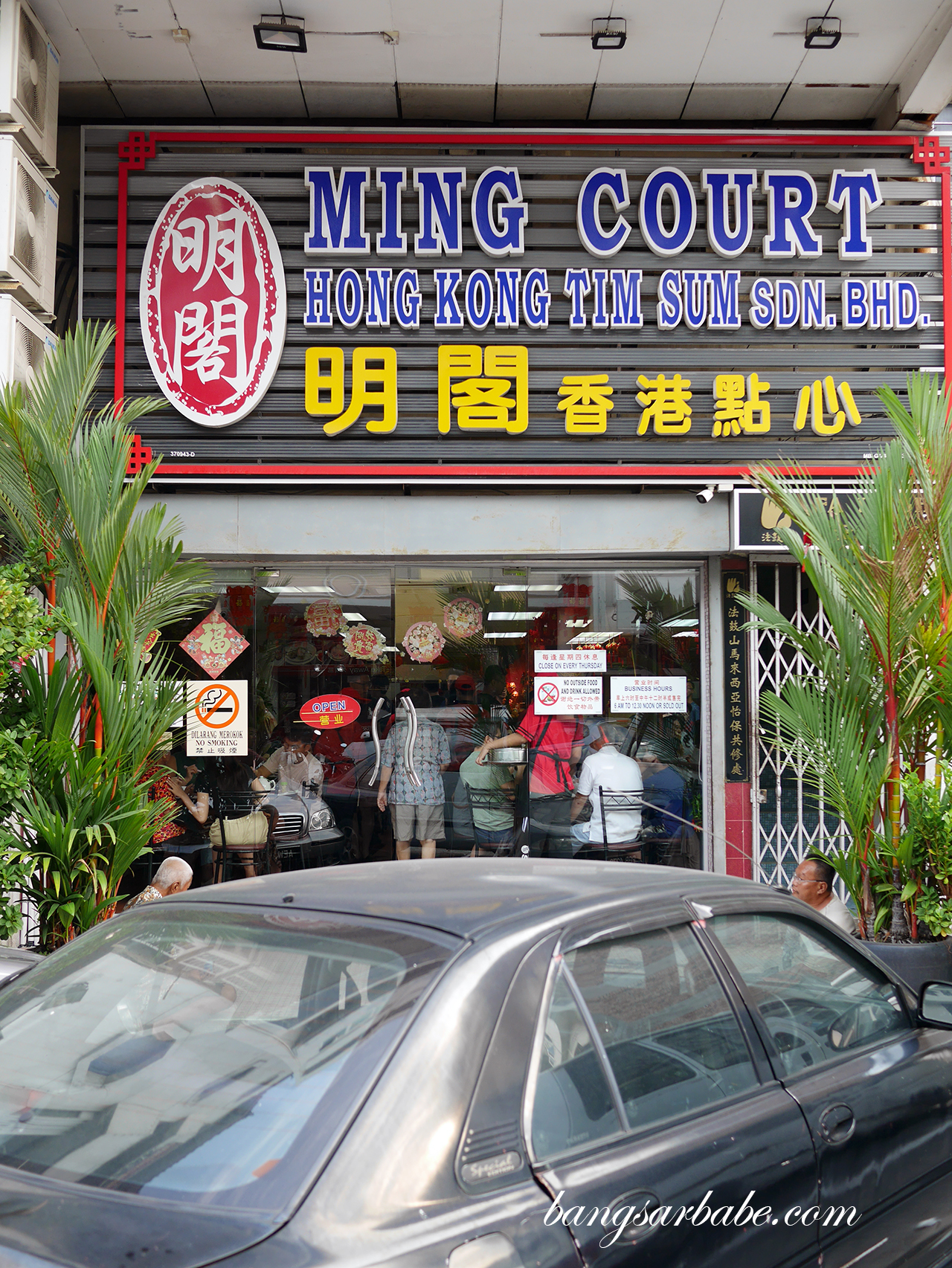