Over the weekend, Jien and I explored a little bit of Johor Bahru where our search for food landed us in Teck Sing Restaurant – known for their paper baked chicken. We popped by for an early dinner and good thing we did, for the restaurant was crowded by the time we left at 7.30pm. 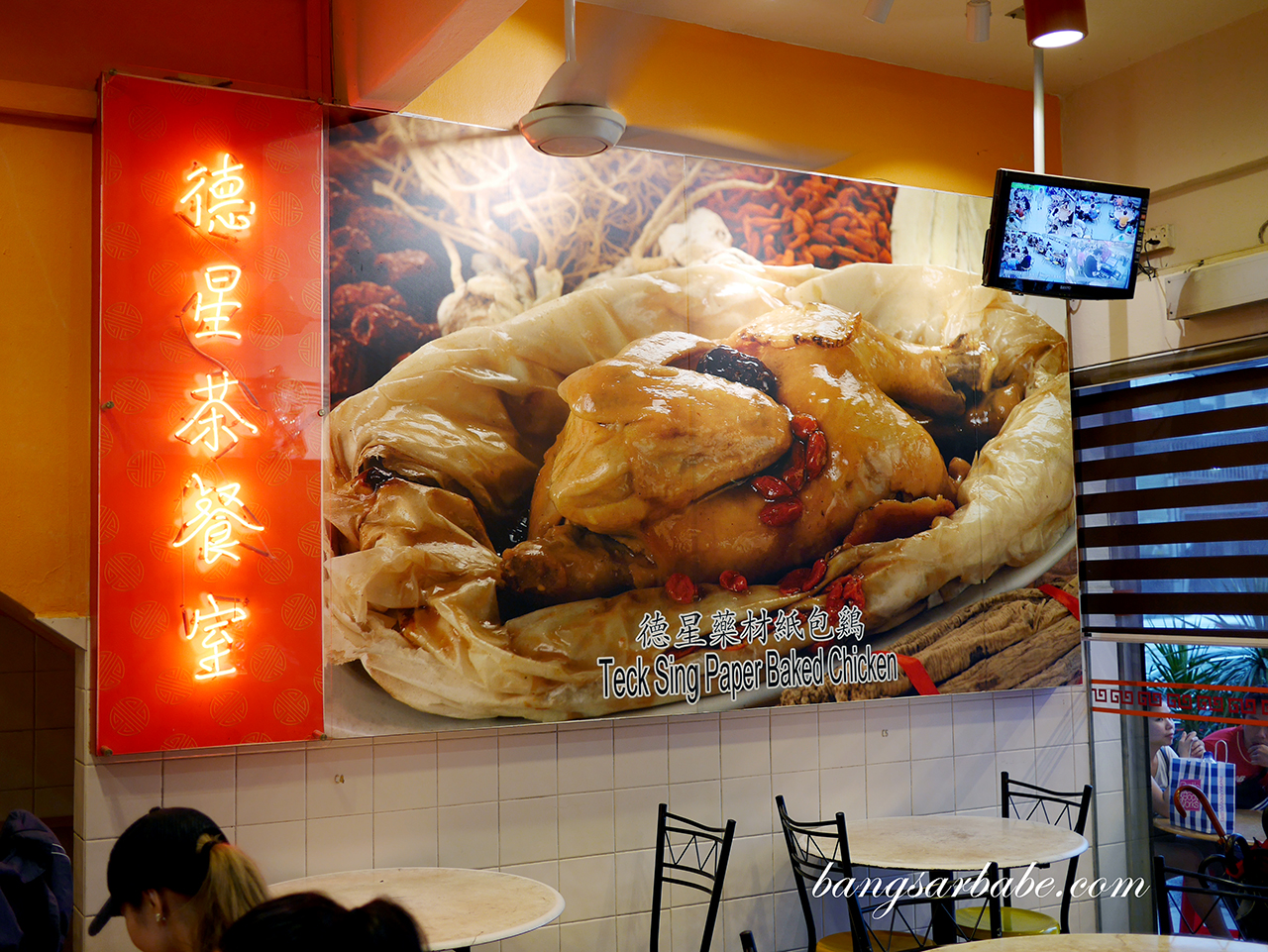 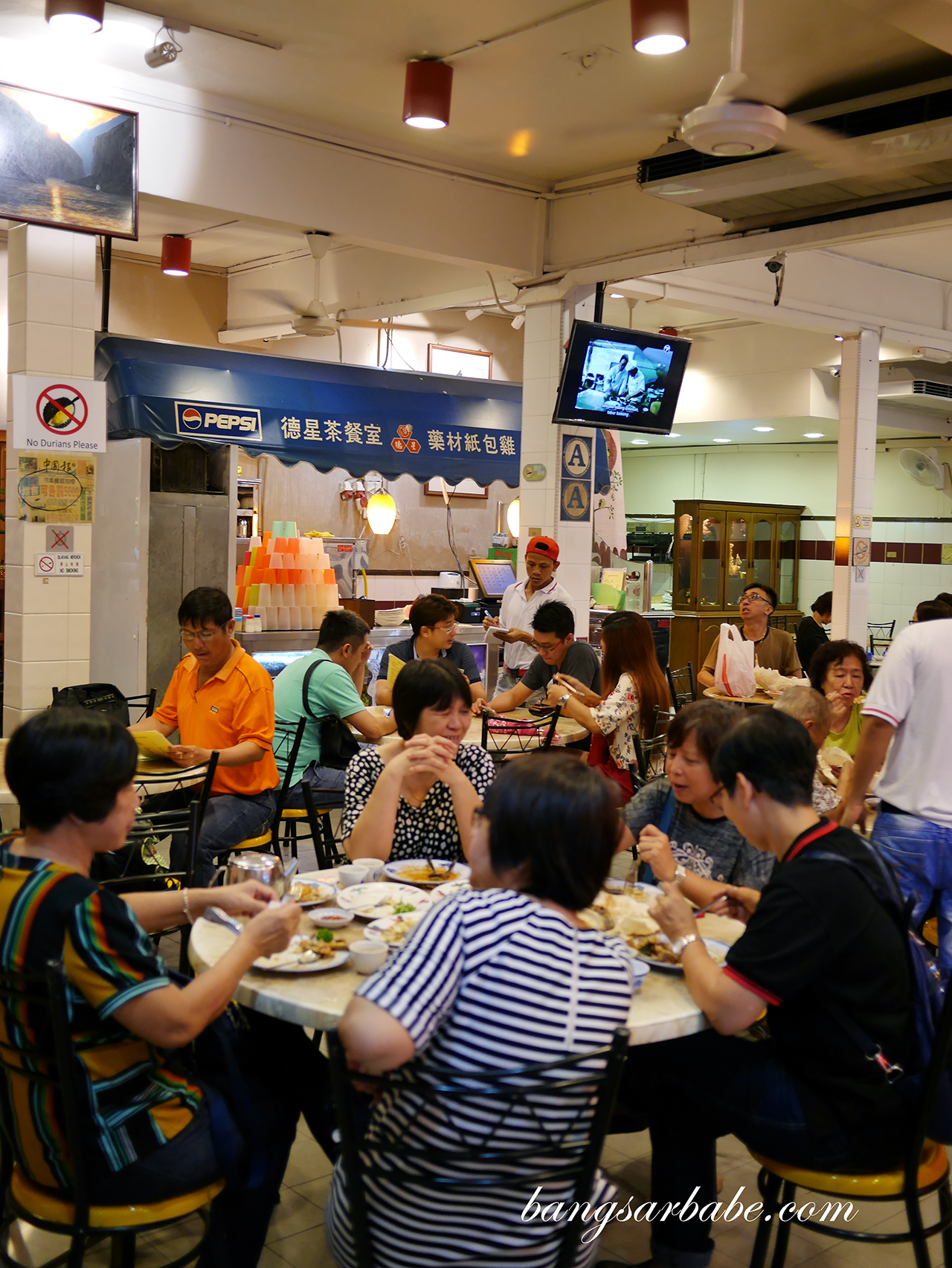 Teck Sing is known for its paper baked chicken as well as fish head curry, which I spotted on almost every table at the restaurant. Jien and I ordered the same, along with a portion of hock chew brinjal as a vegetable dish. 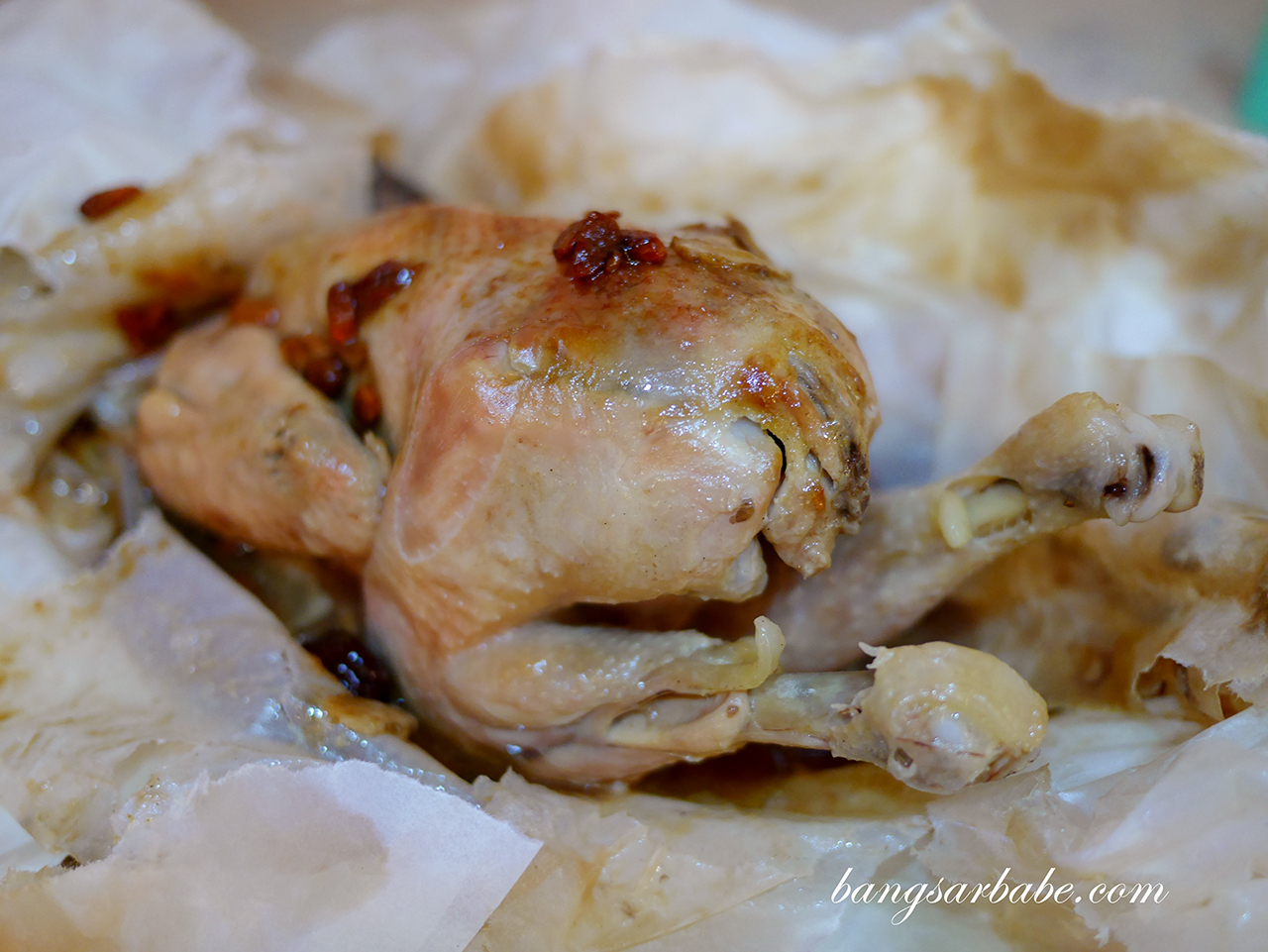 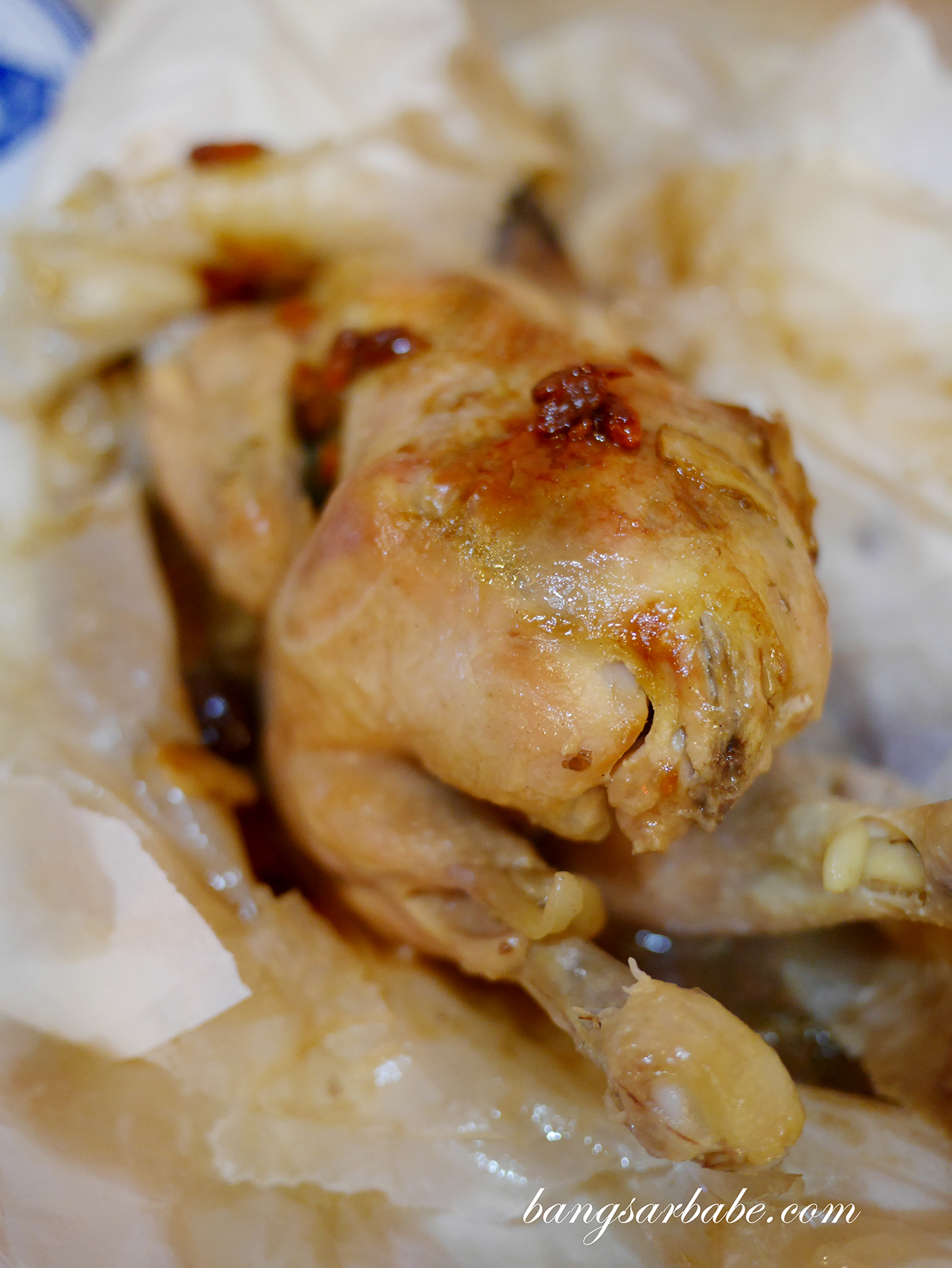 The chicken (RM26 per bird) is served still wrapped in parchment paper and you’re required to tear into the parcel to retrieve the chicken. Such cooking method seals in the flavour and aroma in the chicken, which was quite tasty. My only gripe would be the lack of gravy, as that is needed for the drier parts of the chicken – the breast and wings. 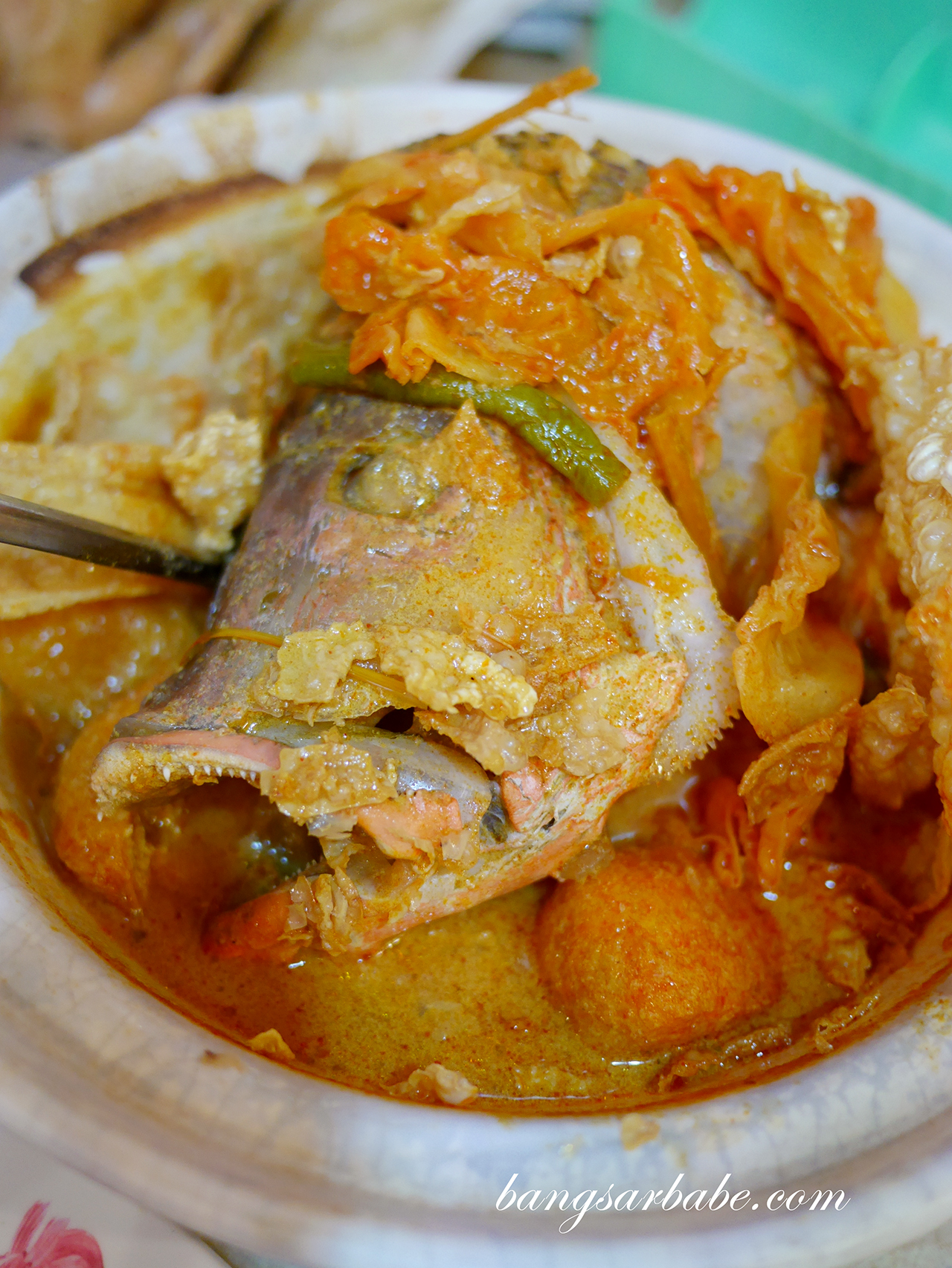 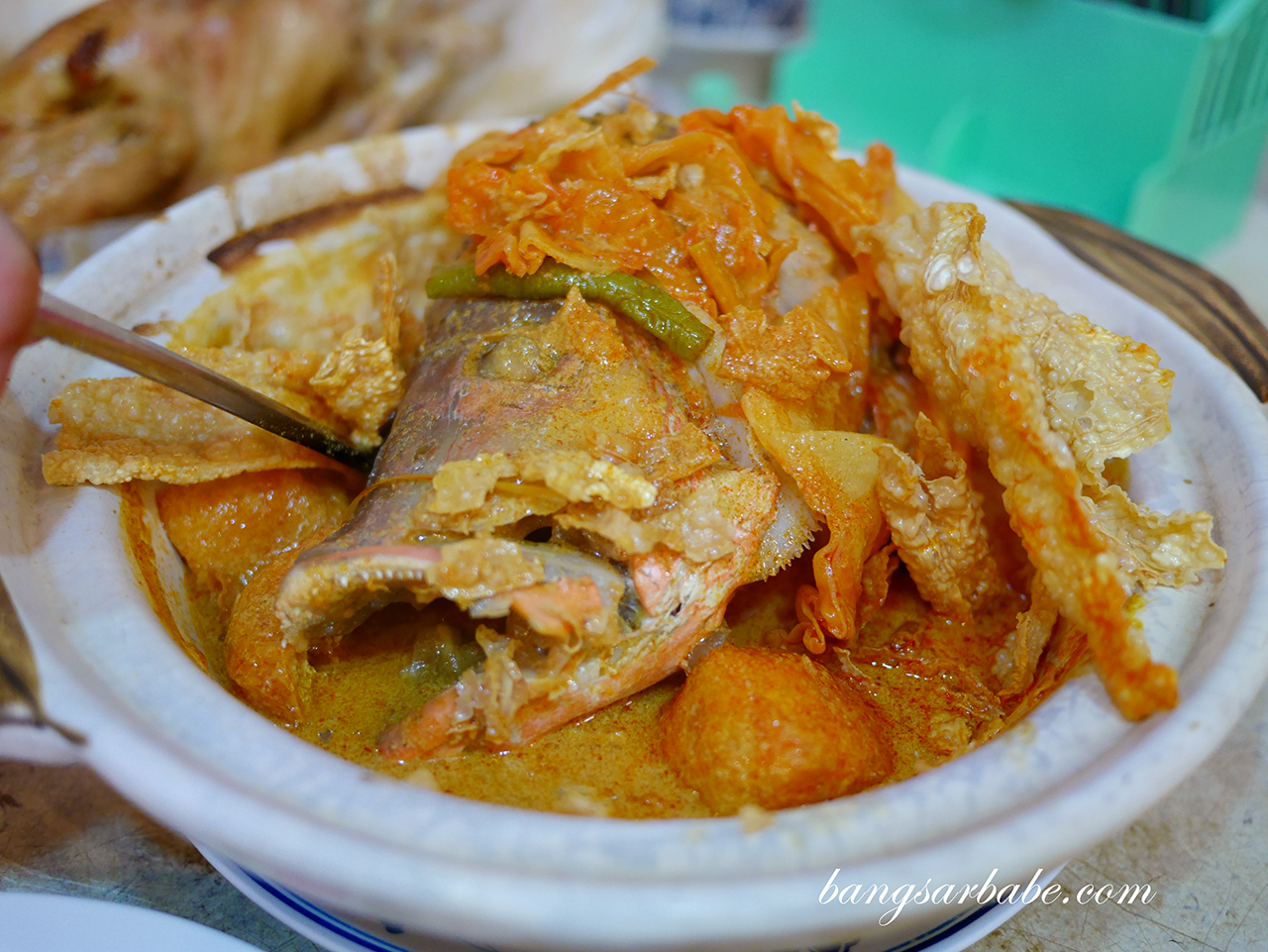 While the fish head curry is popular at Teck Sing, I found it just alright. The curry could have been thicker and more robust, though it was good with white rice. For RM35 per portion, you get half a fish head with plenty of long beans, tofu puffs and okra. Personally, I like Ah Lye and Hong Ngek’s version better. 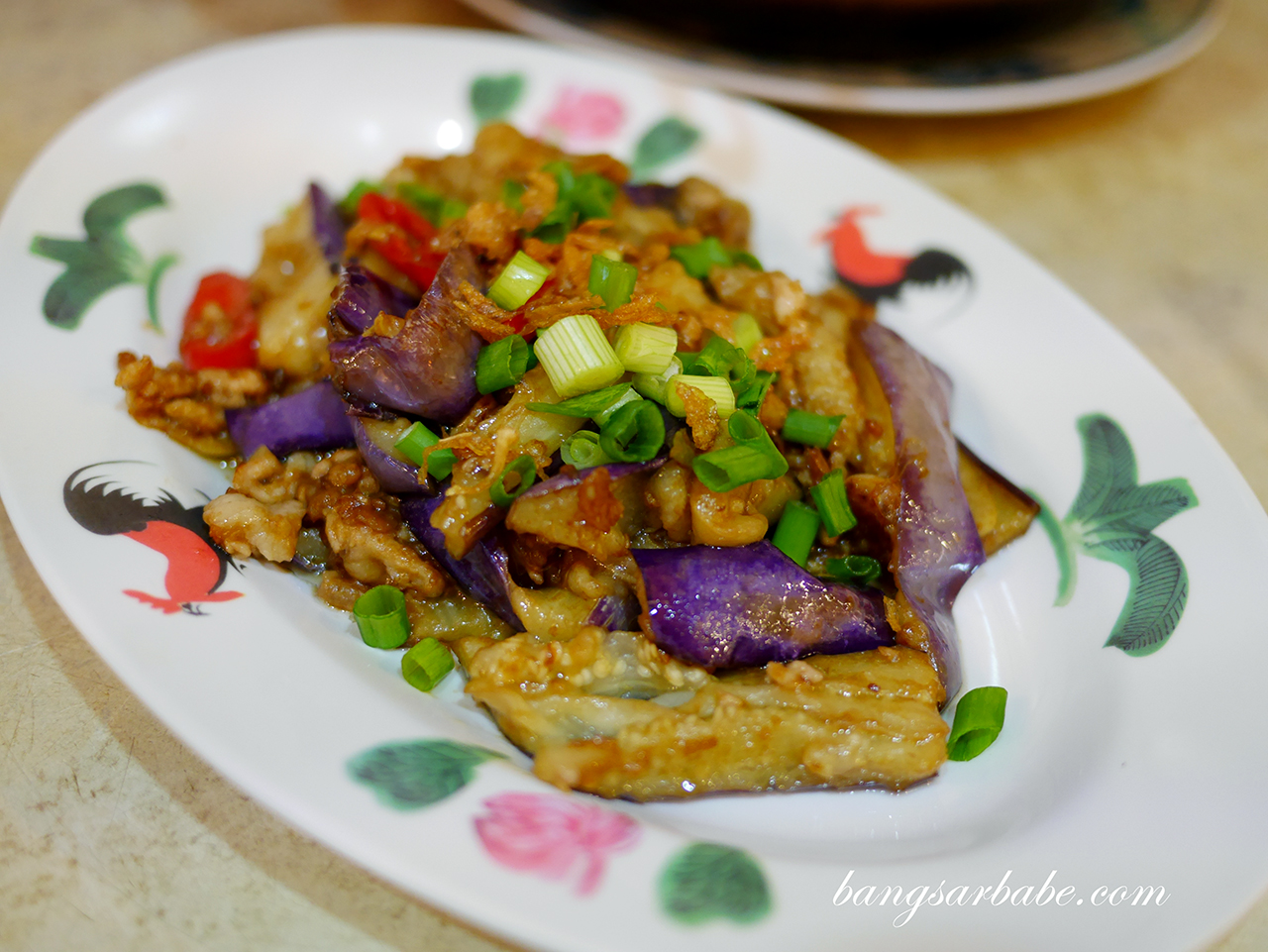 Jien and I enjoyed the hock chew style brinjal (RM12) where brinjal slices are cooked till tender and tossed with minced meat and chopped scallions. This may be a tad oily for some, so some hot tea would come in handy to wash away the greasiness. 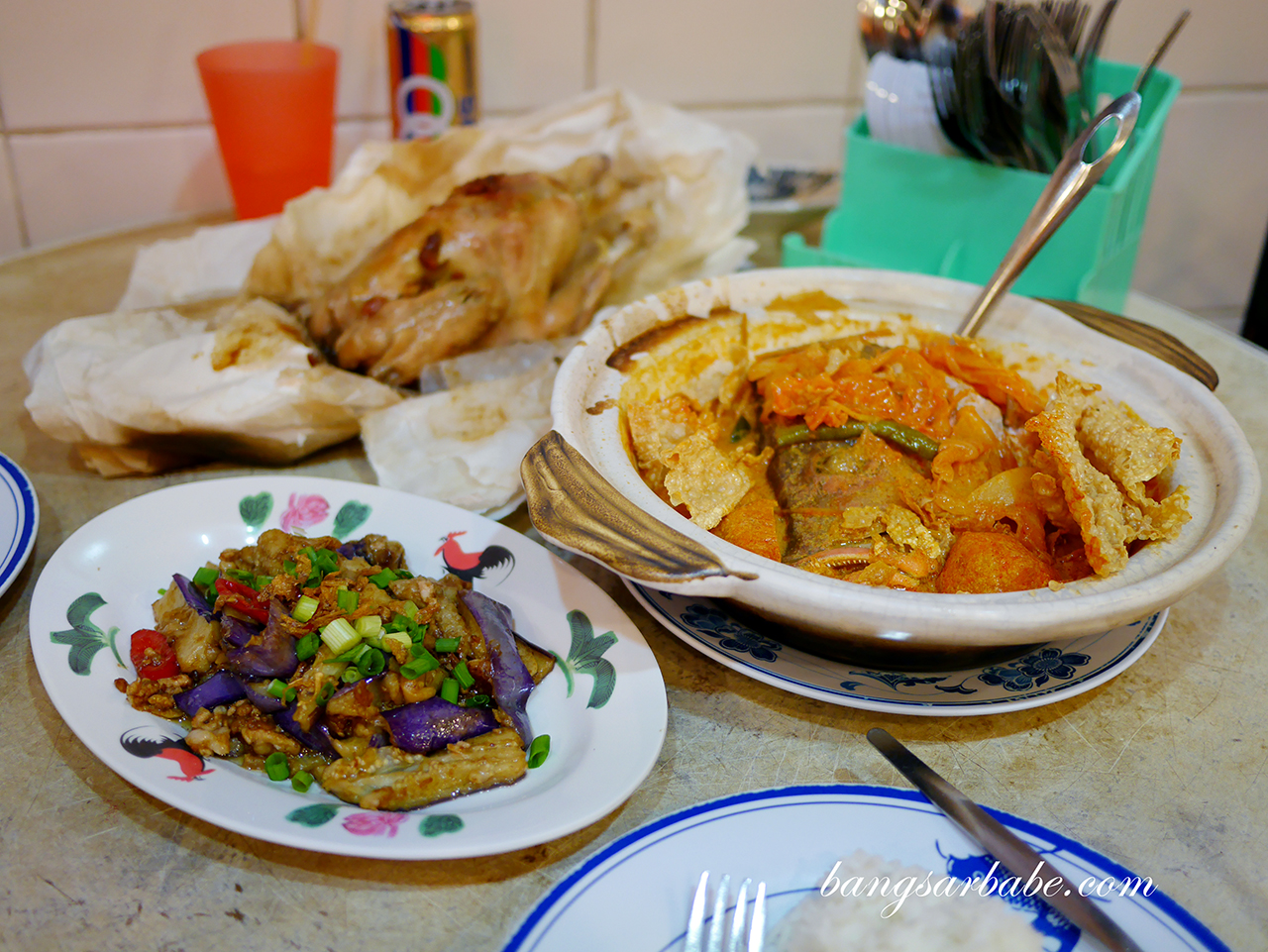 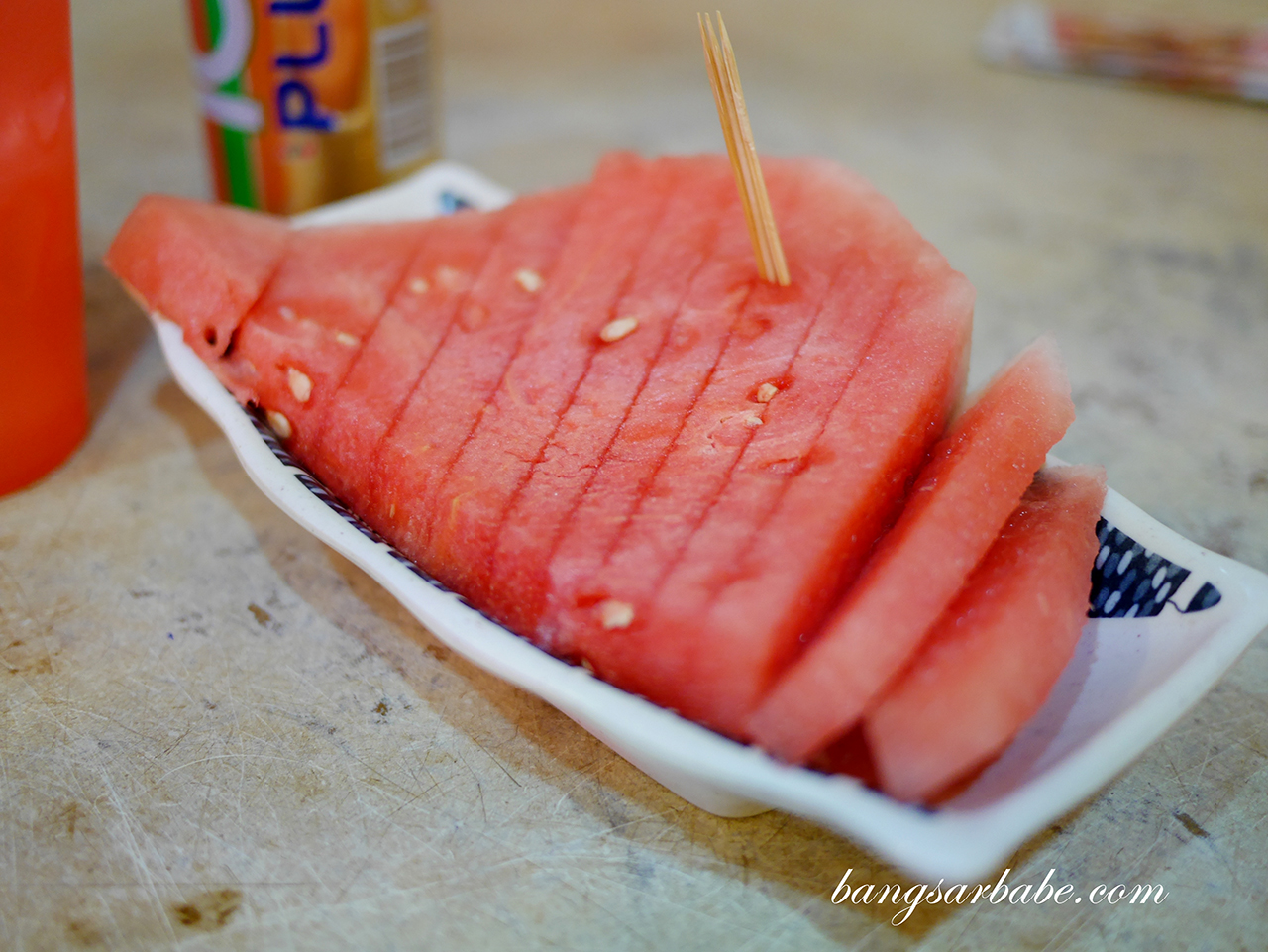 Service is quick and fairly efficient, though I have a small gripe about the watermelon appetiser served. We weren’t informed beforehand that this was chargeable (RM2.50) – it’s not the amount that is an issue for me, but the lack of transparency between restaurant and customers.

So if you’re planning to dine here, do take note. ;) 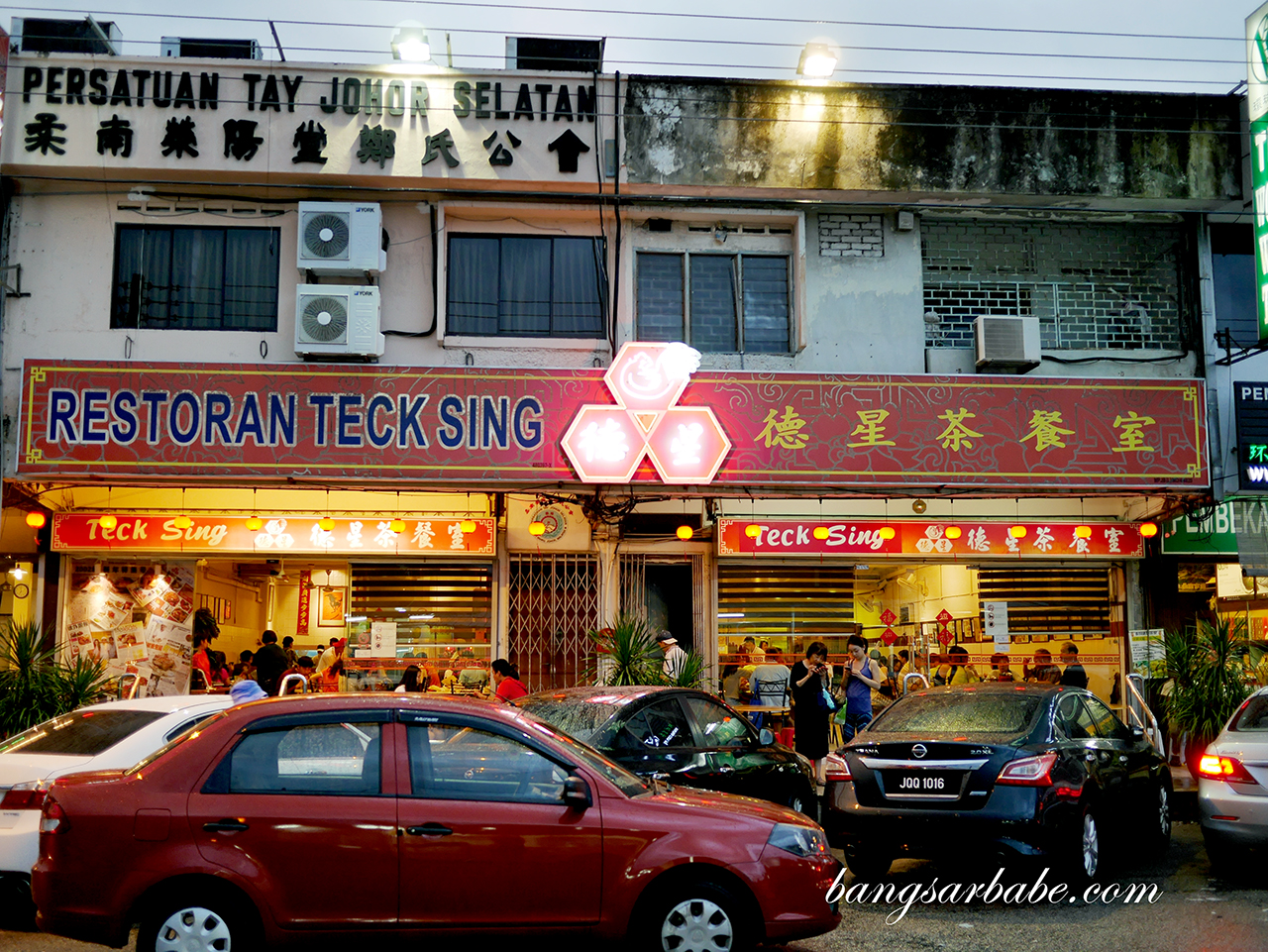