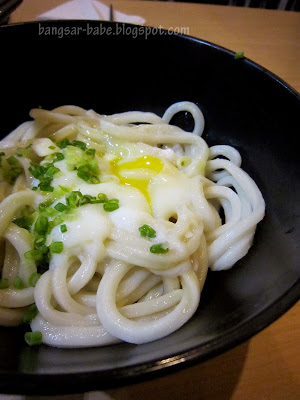 Marufuku is one of the newer F&B outlets in Jaya One and is known for serving freshly made udon noodles. Truth be told, I’ve always been a ramen person but I do eat and enjoy udon occasionally. The outlet was small and the décor, minimal. Simple wooden tables and chairs were placed inside and outside the restaurant – the place felt almost like a cafeteria. 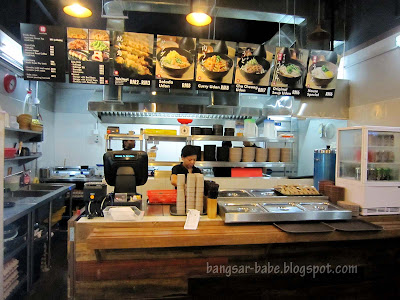 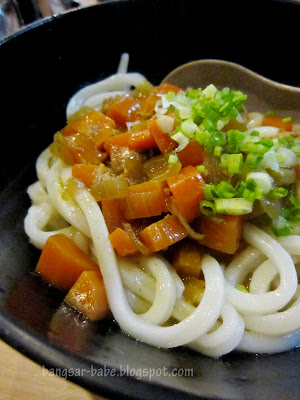 During my first visit, I had the curry udon (RM8) with an extra egg (RM1) on top. This was rather disappointing. While the noodles were nicely chewy, the curry gravy was bland and watery. The additional egg on top didn’t do much good either. This wasn’t the soothing bowl of noodles I was looking for. 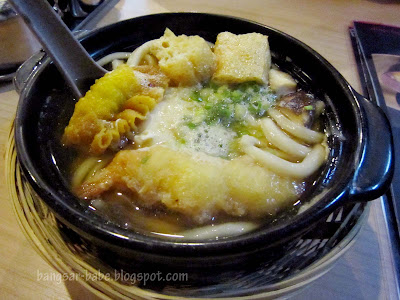 I tried some of Shum’s Nabeyaki udon (RM10) and didn’t like it. The broth was rather salty (a contrast to my bland curry udon) and the fusion of prawn tempura, egg, mushrooms, fried dumpling and bean curd skin just didn’t work for me. I didn’t understand the appeal of this place. 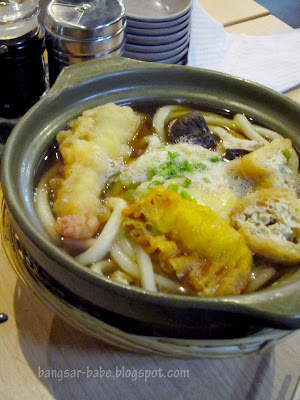 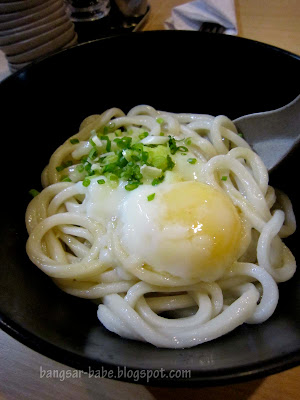 Since I didn’t have the house udon (RM6), it was only fair that I try it before making a conclusion — I visited the place again three days later. Service was fairly quick that day. Within 5 minutes, my thick, slithery udon noodles topped with an egg arrived. Again, nothing wowed me. I suppose this dish’s appeal was the udon’s silkiness and bite, with a springy texture. That said, it was slightly better than the other two udon I tried. 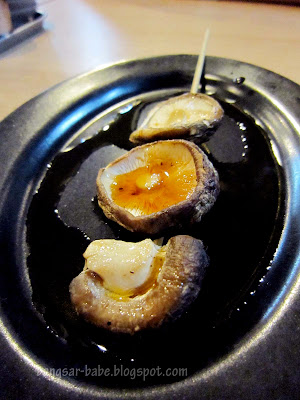 The mushroom yakitori (RM2) was not tasty at all. Portion was meagre and the mushrooms were carelessly seasoned with sweet sauce, which tasted like balsamic vinegar. I also didn’t think too highly about the chicken leg yakitori (RM3) as it tasted very average. The salted chicken skin yakitori (RM2) was my least favourite of the lot; this was almost cloying. 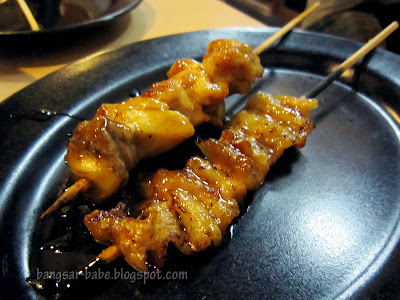 I found the food disappointing on both visits and did not bother to order any dessert. Granted the udon was fresh and had a toothsome texture, I still wasn’t bowled over. 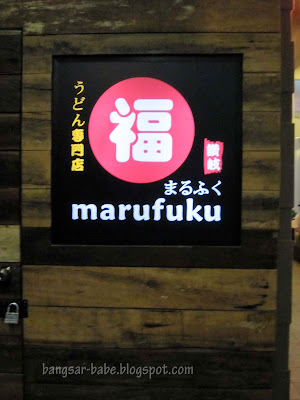