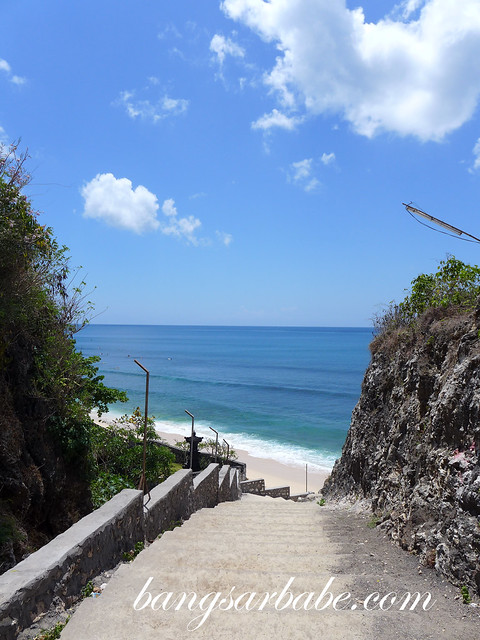 Balangan Beach is a Bali’s version of surfer’s paradise, with white sand, big waves and blue sky. It is significantly less commercialised compared to Kuta; a 200m stretch of white sand and rocky cliffs in the white stone hill of Pecatu, south part of Bali. 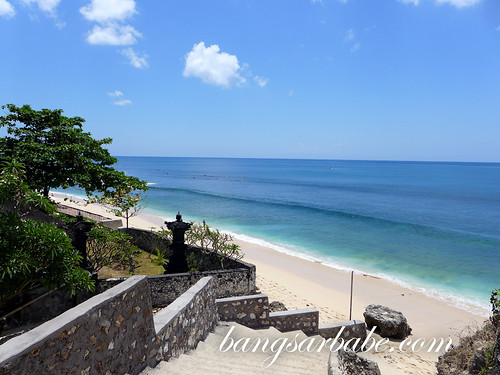 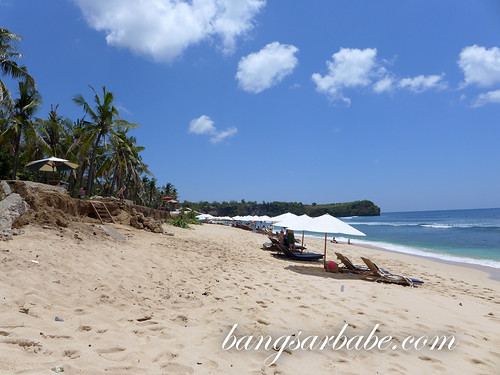 To get to Balangan Beach, you will need to hire a car or rent a bike. Taxis can drive you in, but you’ll have a hard time finding one to get you out and have to resort to hiring a car from there itself. That’s going to cost you more. 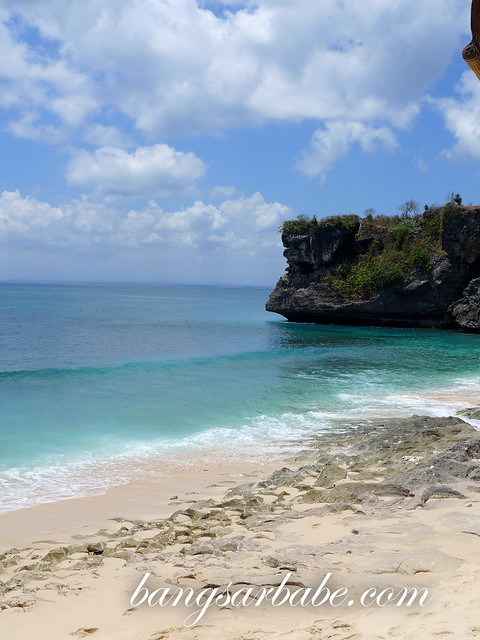 Even the cliff looks pretty

I wasn’t there to surf. Instead, I plonked myself on one of the huts along the sandy stretch and ordered a large coconut. The beach is very clean – almost spotless – and when it’s low tide, you can see bits of seaweed on the shore. 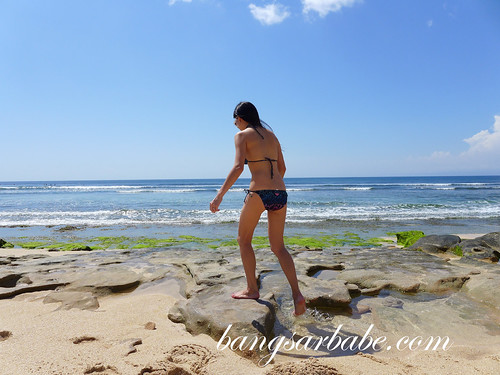 Attempting to walk on the rocks. Not a great idea, because they were slippery! 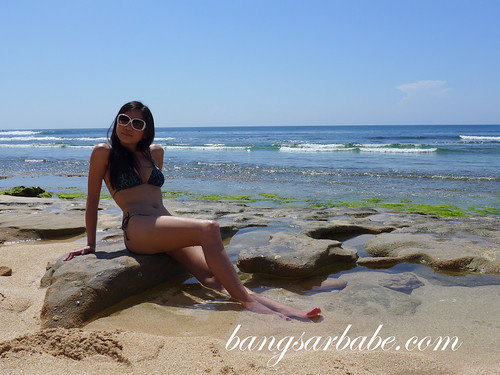 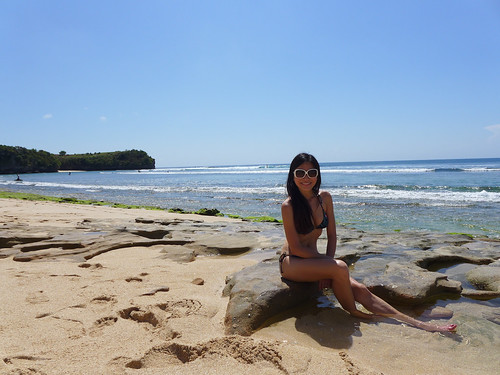 I should know, but because in a bid to take this bikini picture, I slipped on some when I was on the rock and fell flat on my butt. I was sure my butt became flatter. Two hot surfer dudes were chilling on the next rock and I had nowhere to hide my red face. 😯 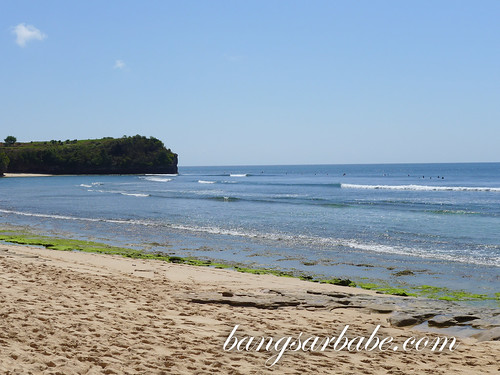 If you’re looking for a more secluded beach to chill out, tan and surf, this would be a great alternative to the bustling Kuta beach. Balangan Beach is approximately 25 minutes from Ngurah Rai International Airport (without traffic) and it’s pretty close to Jimbaran and Uluwatu.