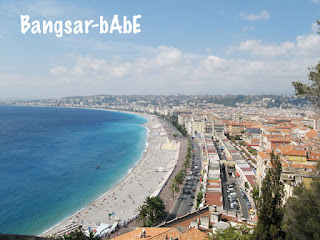 Reached Nice at 6.30am. We were there for a day trip as Nice was just a stopover to Rome. Kept our luggage in the locker room before exploring the city. 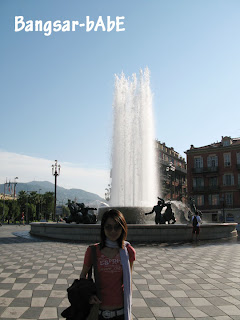 It was really really hot that day. If I remembered correctly, I think it was 38℃. Both rif and I got two shades darker. We hung out by the beach for an hour just admiring the view and people-watching. Nice’s beach is covered with pebbles, not sand. Ouch! 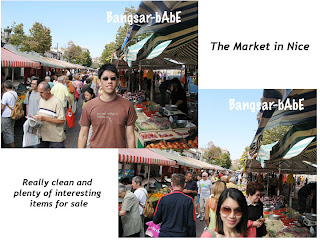 We went to the Vieux Nice market nearby and tried the socca, a Nice speciality but I didn’t like it. Socca is a flimsy pancake made with chickpea, flour and olive oil. Tasted like a mix of french fries and stale bread.(not my cup of tea) I also tried the aubergine pizza which was pretty good. 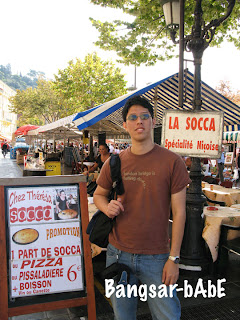 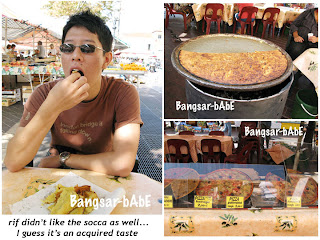 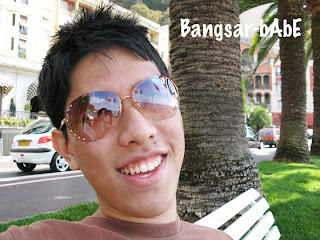 rif goofing around with my sunnies…
Once we were done with lunch, we walked up the hill (or more like mountain!) to look at the whole city. Situated at the top of the hill is the Colline du Chateau, the old Nice Castle. The hill separates Nice Town and Nice Harbour and apparently, the best view of Nice is from the top of the hill.

The claim was oh-so-true! We enjoyed the magnificent view of the sea and Nice Town. To get to the park, we had to climb up many, many steps. Super tiring…but it was worth it! This multi-tiered park was absolutely beautiful. By the time we reached the top, we were flat-out. We sat on a bench at the park enjoying the view and inhaling cool, fresh air for almost an hour before heading down. Do visit this place if you’re in Nice. 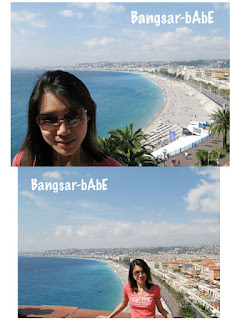 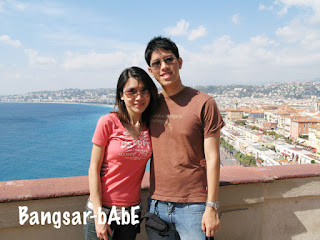 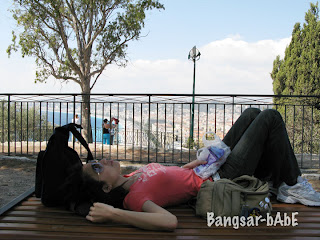 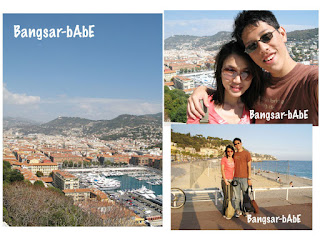 The Nice Harbour
I bought a flan from MonoPrix (a french supermarket) which tasted quite good. Can’t imagine how flan or any other pastries would taste like in posh cafes. (no money to try also la)

We also tried this really delicious soupe au pistou at Lou Pilha Leva, one of the recommended places to eat in Nice. It is a thick vegetable soup with generous chunks of vegetables and shell pasta. The soup is topped with a pesto-like mixture and served with a generous amount of parmesan cheese. We has it with toasted baguette. It wasn’t cheap though; a small bowl cost us €7. 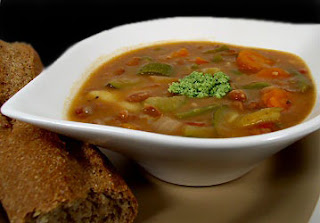 soupe au pistou
Walked around till it was about 7.30pm and made our way back to the train station for the night train to Rome.